The South's Coast Guard rescued a North Korean on a vessel Friday and another three fishermen on another boat the following day in the East Sea, according to the Ministry of Unification.

"They are undergoing investigations. The government will take action in accordance with their free will after the probes," said Lee Duk-haeng, a ministry spokesman, told a regular press briefing. 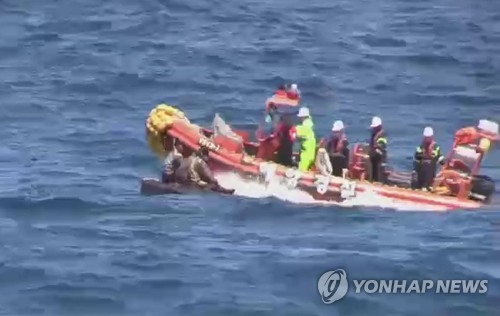