SEOUL, June 5 (Yonhap) -- South Korea's government said Monday it has approved an additional four requests for contacts with North Koreans as it has decided to flexibly resume civilian inter-Korean exchanges.

The Ministry of Unification said that it gave the green light to the requests by nongovernment organizations (NGOs) and a global body on taekwondo to come in contact with North Koreans.

The move raised the total number of the government's such approvals to 15 since liberal President Moon Jae-in took office in May, it added.

"The ministry approved them based on the stance that it will flexibly review the resumption of civilian inter-Korean exchanges to an extent that the move does not hamper the international sanctions regime," Lee Duk-haeng, ministry spokesman, told a regular press briefing.

NGO Green One Korea plans to discuss insect controls and forest cooperation with North Korea, and an association of the two Koreas' historians will contact their North Korean counterparts for ways to preserve cultural heritages, the ministry said.

Two others applying for the ministry's approval for international conferences were the World Taekwondo Federation (WTF) and the Korean Council for Reconciliation and Cooperation, a pro-unification group of civilians and politicians.

On May 22, the ministry said that Seoul will sternly respond to the North's provocative acts but plans to permit inter-Korean exchanges at the civilian level after reviewing cases.

The government permitted on May 26 the Korean Sharing Movement to contact North Koreans for Malaria-fighting efforts in border areas, the first approval since the inauguration of the Moon Jae-in administration a few weeks earlier.

A local civic group is waiting for the government's approval to visit North Korea for a joint inter-Korean summit anniversary event slated for June 2000.

But the ministry cast a prudent stance over whether it will approve the group's visit, saying that it will take into account the event's purpose, inter-Korean relations and the international environment. 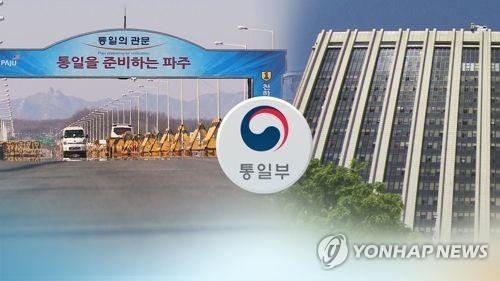