Both the H5N6 and H5N8 strains of AI are not very contagious when it comes to people, the Korea Centers for Disease Control and Prevention (KCDC) said. South Korea has yet to report any human infection of the flu.

The announcement comes as the country confirmed a new case of the disease from a poultry farm last week, marking the first suspected case in about two months.

The KCDC said it intentionally infected a weasel with the H5N6 strain and concluded that the virus does not cause other animals to get sick. Weasels have a very similar respiratory system to humans.

Local experts said that based on the findings, the local H5N6 virus strain and the H5N8 and H7N9 strains detected in some parts of the country are unlikely to cause health problems.

They, however, said both the H5N6 and the H7N9 types have been known to affect humans in China, cautioning overseas travelers. 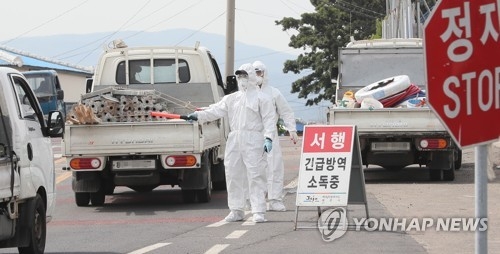