Danny Segers, chief operating officer of Hunter, told Yonhap News Agency that the company has a strong track record with the Dutch athletes in terms of improving their results in Hunter's uniforms.

"We're fitting out suits for everyone, and we'll get feedback for changes," Segers said last Friday, during a visit to Seoul to measure South Korean short trackers and speed skaters. "We can do a lot of rework before the Olympic Games (in South Korea's PyeongChang next year). We'll make sure that before the Olympics, everyone has a suit that they feel confident in."

The Korea Skating Union (KSU) announced Hunter as the new provider of its uniforms last week. The decision ended weeks of a controversy leading up to Hunter's selection.

FILA Korea had been the uniform provider since 2012, but its contract with the KSU expired at the end of April. The KSU ran tests of uniforms from three companies -- FILA, Hunter and Mizuno -- on national team skaters, and Hunter was the athletes' preferred choice.

FILA claimed the spirit of fair play and transparency were compromised during the KSU's selection process, and even filed a court injunction to halt the proceedings. A Seoul court rejected the application last Monday, allowing the KSU to finalize the process hours later.

FILA also released findings of its own test, saying its products were lighter and offered less air resistance and that Hunter's uniforms will cost skaters more than a second off their times. 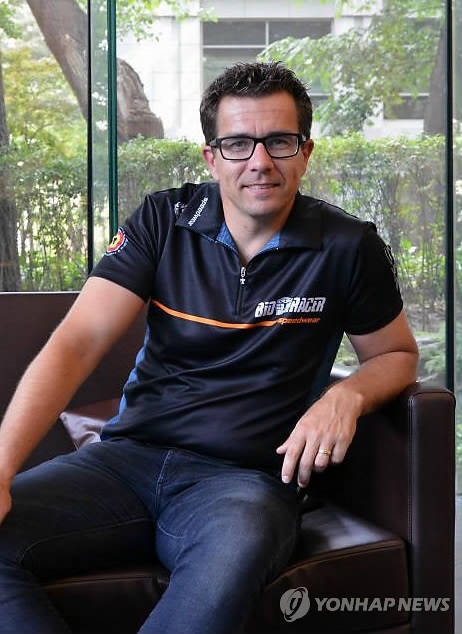 Aware of these results, Segers said they were not worth responding to because they are "not correct."

"The difference indicated in the test ... if that would be the difference, then we should stop supplying suits to skaters because they'd never be fast enough to qualify for the Olympic Games," Segers said. "(The test) is not independently done. We don't feel like going to the press trying to convince that it's not true. We think the results of the Dutch athletes can speak for themselves; they're faster in our suits compared with suits of others."

Segers explained how Hunter has been able to help the Dutch cyclists on short notice. With some international cycling events, the national team riders were selected only two weeks in advance, and yet Hunter was "equipped and competent" to deliver suits tailormade for each athlete.

It will be much the same story for the national skating team here, Segers said.

He added that the first prototype for the short trackers will arrive here by the middle of July, so that they can try them on before heading to Calgary for their summer training camp. Hunter will send representatives to the Canadian city if necessary for refitting.

For the speed skating team, the prototypes will likely be here in the third week of August. Hunter will be available also for the team's European training camp for any extra work.

South Korea leads all countries with 21 gold medals in Olympic short track and has also made significant progress in speed skating, with four gold medals in the past two Winter Games. 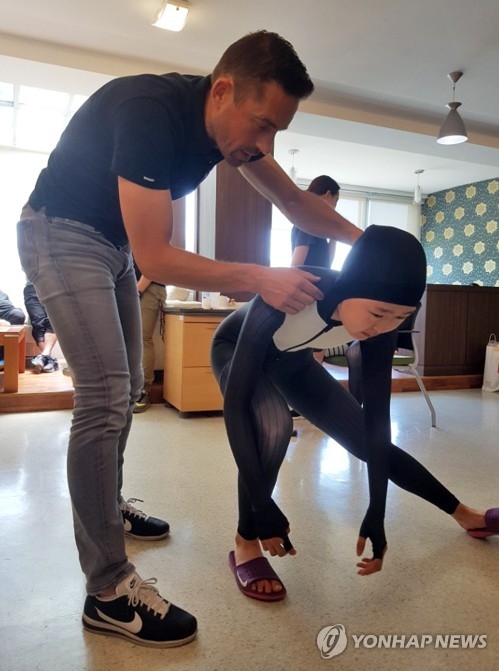