(ATTN: UPDATES throughout with companies' signing of agreement; CHANGES tense)

Sergey Mikhaylov, visiting president of Tass, signed an agreement with Park No-hwang, president and CEO of Yonhap, to become a member of the PyeongChang News Service Network (PNN) at Yonhap's headquarters in central Seoul. 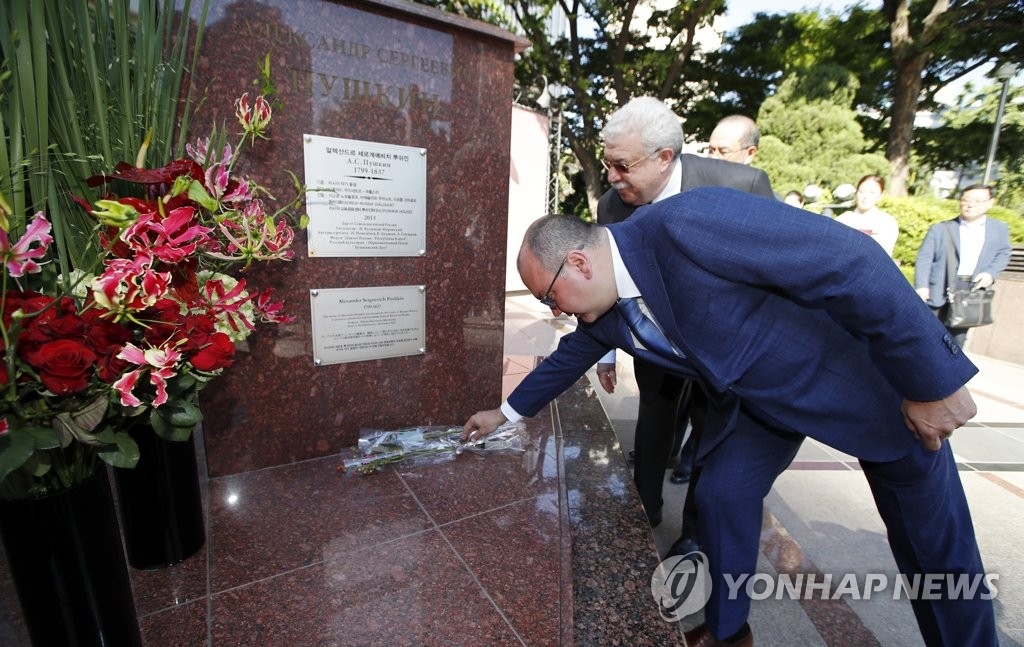 Mikhaylov arrived in South Korea Sunday for a three-day visit at the invitation of Yonhap. He is accompanied by senior officials from the company.

Tass' entry brings the number of overseas news agencies confirmed as subscribers to the service to 43.

As the host news agency for the upcoming Winter Games, Yonhap News is developing PNN to allow news outlets around the world to share content on the Olympics in real time for free. The system will be completed within the year. 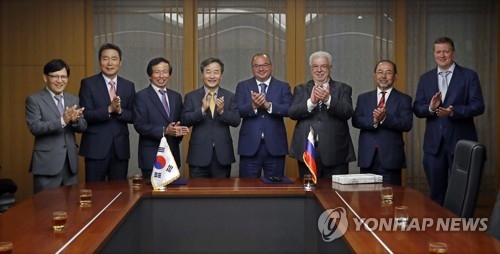 PNN members will have access to not only Yonhap News' content in Korean, English, Chinese, Japanese, French, Arabic and Spanish, but also that of fellow members without having to sign separate agreements. The members can upload their content, including photos, video clips and news articles in English and their native languages, to the platform without any limitations.

Early in the morning, the Tass officials began their official visit to South Korea by laying flowers at the base of a bronze statue of the great Russian poet Alexander Pushkin that is sitting in front of Lotte Hotel in the city center. 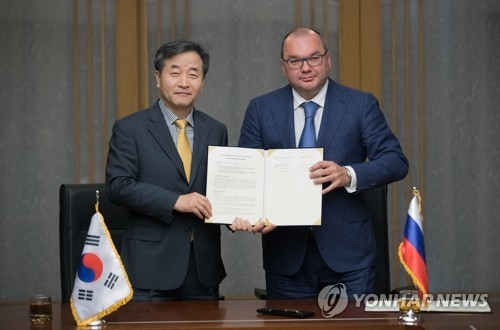 The statue was erected in November 2013 by the Korea-Russia Dialogue, a nongovernmental organization affiliated with the South Korean foreign ministry, at the request of the Russian Writers' Union, to help further relations between the two countries. Russian President Vladimir Putin attended the unveiling ceremony.

"There is a statue of Pushkin in Russia, but this one is the most beautiful of all the statues that I have seen," Mikhaylov said. "I feel like Koreans like Pushkin too."

He then visited the Russian Embassy in Seoul and the Seoul National Cemetery.

The Tass president expressed Russia's hopes for closer collaboration with South Korea as well as for a summit between Moon and Russian President Vladimir Putin within the year. He also pledged efforts to provide more information on the PyeongChang Winter Olympics and South Korea to Russian news readers. 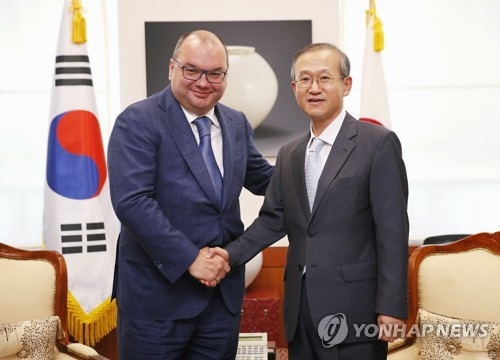