SEOUL, June 5 (Yonhap) -- A special probe into an alleged omission of a report on a U.S. missile defense system here has confirmed that it was intentional, along with an apparent attempt to make its deployment appear smaller, the presidential office said Monday.

The presidential office Cheong Wa Dae said an additional investigation will soon commence to verify the defense ministry's alleged attempt to make the program appear less in size and scale in what appeared to be a move to keep the program away from public scrutiny over its environmental impact.

The special probe came after the presidential office confirmed the previously undisclosed delivery of four rocket launchers to the country as part of the THAAD missile defense program. 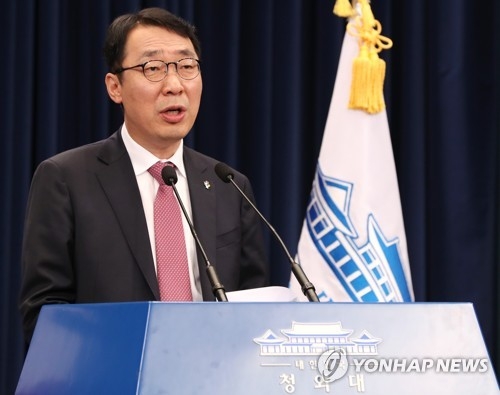 Wee has apparently admitted to giving such an order, citing an agreement with the United States to keep the details of the THAAD program a secret.

"Wee explained the two THAAD launchers already deployed had been open to the public, but that the government agreed with the United States not to make public the delivery of four additional launchers into the country, and so he ordered that part to be deleted from the report (to the presidential office)," Yoon Young-chan, chief presidential secretary for public relations, told a press briefing.

The defense ministry official has claimed to have planned to report the delivery in person, according to Yoon.

He apparently failed to do so as no one from the presidential office, including the president himself, has acknowledged receiving such a report from Wee.

"The agreement with the U.S. military to keep the delivery a secret may be a guideline for dealing with the media and others alike. Reporting it to the commander-in-chief is an entirely different matter," Yoon said.

The presidential secretary noted the outcome of the probe may have cleared Defense Minister Han Min-koo and former chief of the National Security Office Kim Kwan-jin from suspicions of concealing the delivery.

"So far, nothing has suggested that they may have given such an order," he told a press briefing.

Wee, on the other hand, has been relieved of duty. He may face punitive measures in the future.

The omission of the report on the four additional THAAD launchers may have been caused by what appeared to be a misjudgment. However, the presidential office said the defense ministry may have sought to keep the whole THAAD issue from due processes and a local review. 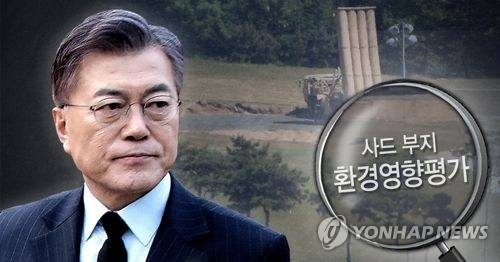 The presidential office noted the program would have been subject to an all-out environmental impact assessment had the area required and provided by the defense ministry for its deployment been greater than 330,000 square meters.

"A follow-up investigation will verify who made such a decision and why," he said.

Yoon said a full assessment of the environmental impact of the THAAD deployment will soon take place.

"President Moon told the defense ministry to carry out the due process to evaluate the environmental impact as required by the law to secure the procedural legitimacy of the deployment that every citizen could accept," he said.