SEOUL, June 5 (Yonhap) -- A Seoul court ruled on Monday that it is illegal for private foreign language institutes to not pay severance to native-speaking instructors at the end of their contracts.

The Seoul Central District Court ordered a private foreign language institute in Seoul to pay a total of about 180 million won (US$160,000) in severance and annual vacation allowance to five native-speaking instructors, including an American identified only as N.

The ruling came after the five foreigners filed a collective lawsuit against the institute in September 2015 after the expiration of their contracts ranging from one year and five months to eight years and three months, demanding payment of severance pay and other unpaid allowances.

In the ruling, the court said that the native-speaking instructors are entitled to severance pay and other employee benefits, because they should be defined as workers, not as individual business operators. 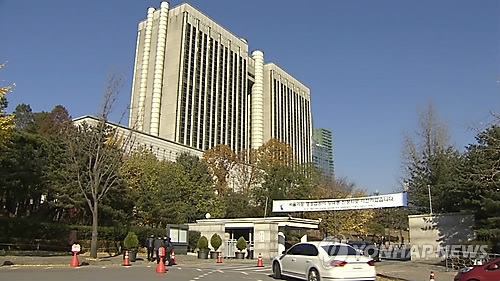 The five instructors, who had taught English to elementary and middle school students for three to six hours a day, four to five days a week, contended that they are entitled to retirement allowances because they were actually workers who provided work under subordinate employment contracts with the institute.

But the institute insisted that the five instructors were individual business operators who worked under lecture service contracts and their allowances and benefits were already included in their regular wages.

"The written contracts in the lawsuit indicate a relationship between an employer and its subordinate employees, as they contained detailed rules on dismissal, contract expiry, disciplinary punishment and punctuality provisions," said the Seoul court.

"Also, the contracts do not stipulate that benefits and allowances are included in regular pay," the court said, dismissing the institute's claim.