Gallucci, who served as chief nuclear negotiator with North Korea during the first nuclear crisis in the early 1990s, has taken office as chairman of the US-Korea Institute at the Johns Hopkins School of Advanced International Studies (SAIS), the institute announced.

The website 38 North, known for its expertise on North Korea issues, is also run by the institute.

Gallucci, 71, previously served as U.S. ambassador-at-large and special envoy for the State Department. He's best known for negotiating the 1994 nuclear deal that committed North Korea to freeze and ultimately dismantle its nuclear program in exchange for energy aid and other concessions.

That deal, also known as the Agreed Framework, fell part following revelations in late 2002 that Pyongyang secretly ran a uranium enrichment program in violation of the agreement. 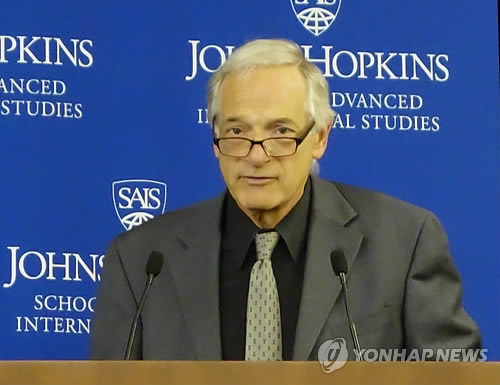