BUSAN, June 6 (Yonhap) -- A U.S. nuclear-powered attack submarine arrived in the southern port city of Busan on Tuesday in what appears to be another show of Washington's military might amid North Korea's continued saber-rattling.

The 6,900-ton USS Cheyenne whose home port is Pearl Harbor, Hawaii, entered the ROK (Republic of Korea) Fleet Command in the city, some 450 kilometers south of Seoul, in the morning.

The purpose of its visit is to have its crew take a rest and replenish supplies, a military official here said, declining to be named. The submarine has no plan to engage in any joint maneuvers with the South Korean Navy, the official added.

Built in 1996, it has participated in various military operations, including Operation Iraqi Freedom in 2003. 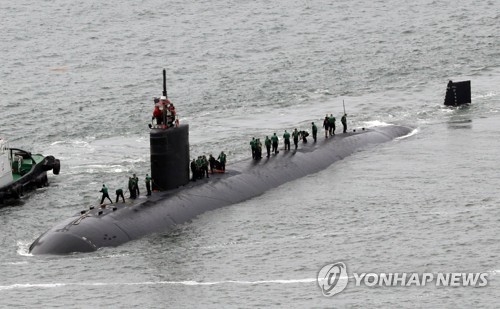