SEOUL, June 6 (Yonhap) -- A Seoul court has ruled against dozens of South Koreans who sued the local unit of German carmaker Volkswagen for infringing on their right to health by rigging emissions data, officials said Tuesday.

The Seoul Central District Court said that there is not sufficient evidence to corroborate the plaintiffs' claim that the cars that Audi Volkswagen Korea (AVK) imported here caused more air pollution affecting their health than other cars.

In 2015, a civic group and over 40 citizens filed the suit, arguing that the AVK's alleged emissions cheating broke a constitutional clause that guarantees the "right to a healthy and pleasant environment." They each demanded 300,000 won (US$267.86) in damages.

"We cannot simply say that the AVK cars caused environmental contamination by emitting pollutants and committed illegal acts against the plaintiffs," Bae Eun-chang, a presiding judge, said in his ruling.

"The plaintiffs' evidence is insufficient to recognize that the AVK cars created more air pollutants than other vehicles -- enough to affect the lives or health (of the plaintiffs)," he added.

A court official said that the German carmaker's local unit is also on trial in a separate case involving the owners of AVK cars.

After the emissions scandal broke out in the United States in September 2015, the Seoul government launched an investigation and found that some 126,000 vehicles were using so-called defeat devices to manipulate emissions results. 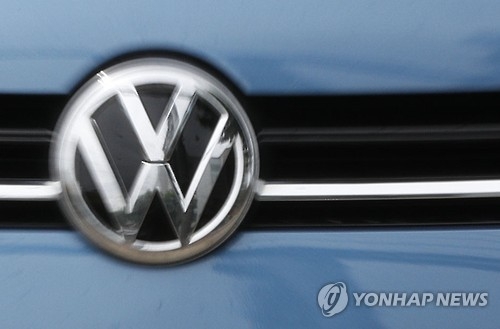 Court rules against plaintiffs in damages suit against Volkswagen

Court rules against plaintiffs in damages suit against Volkswagen