"The culling could begin in 26 farms later in the day," Park Sung-soon, an official handling the issue at the Jeju Special Self-Governing Province, told Yonhap News Agency via telephone.

Quarantine officials have already killed 38,000 chickens and ducks across the country, including 10,400 on Jeju, since Friday when a suspected bird flu was reported at a chicken farm on the island.

The Ministry of Agriculture, Food and Rural Affairs said Monday that the outbreak -- the first in two months in South Korea -- was caused by a highly pathogenic strain of H5N8. 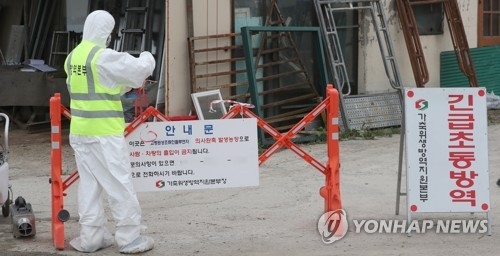