The lawmakers hammered away at the allegations involving the designates and their families, while the ruling Democratic Party (DP) defended them, saying there were not "definitive defects" that disqualified them.

Unlike the justice nominee, ministers' appointments do not require parliamentary consent, but disapproval would impose a political burden on President Moon Jae-in's fledgling administration.

Kang Kyung-wha, tapped to be the country's first female top diplomat, came under intense scrutiny for various allegations, though her nomination has been hailed as an effort to break another glass ceiling in the male-dominant country.

Kang apologized for her daughter's use of a fake address to get assigned to a specific Seoul high school, her alma mater, and the tax issue, but repudiated other allegations.

"I deeply apologize that (I) have caused concerns due to my family's inconsiderate acts in the past," she said. "I have deeply realized the high expectations citizens have about public office holders (while preparing for the hearing)." 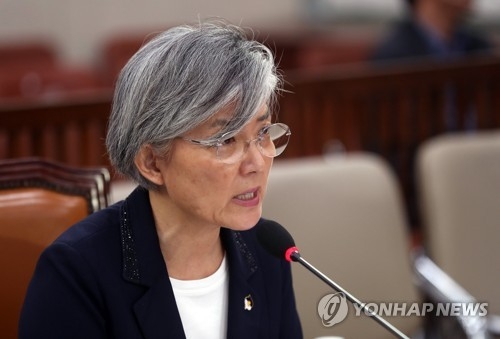 Conservative lawmakers, however, lambasted her, stressing that she does not deserve the post.

"Considering the accusations lobbed against her, it is difficult to say she is fit for a high-level office," Rep. Choi Kyung-hwan of the main opposition Liberty Korea Party said bluntly.

DP lawmakers, however, highlighted her experience and diplomatic skills honed while working at the United Nations for more than a decade. Kang, who until recently served as a special policy advisor to U.N. Secretary-general Antonio Guterres, joined the world body as the deputy high commissioner for human rights in 2006.

"The reason why she was picked for the post was her professional expertise and capabilities," DP Rep. Won Hye-young said.

Constitutional Court chief-nominee Kim Yi-su was also assailed by the conservative parties that raised questions about his ideological orientations.

At issue was a ruling by Kim in 1980. Kim, then a military judge, meted out the death penalty to a bus driver who participated in an armed protest against the then-military-backed government in the southwestern city of Gwangju. The bus driver, carrying protesters, plowed into a cordoned-off area, killing four police officers.

The defendant claimed he could not see what was in front of him due to tear gas smoke, but the Supreme Court confirmed the death penalty in 1981. Seventeen years later, a retrial exonerated him.

Kim apologized over the allegation that he was at the center of judicial punishments for pro-democracy fighters in the 1980s.

"I sincerely apologize to those who have so far been troubled with my past ruling," he said in his opening remarks. 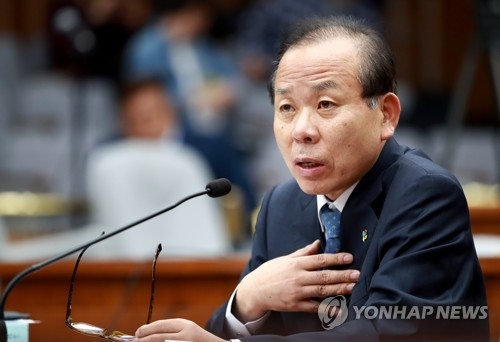 Allegations against Deputy Prime Minister-nominee Kim Dong-yeon were less grave compared with those of other nominees. Thus, his hearing focused largely on policy issues at a time when the country faces daunting economic challenges such as weak growth, flaccid consumption and the spread of trade protectionism.

One allegation involving Kim was that he cheated on an eyesight test in 1977 to avoid active duty service in the military. But he flatly denied it. 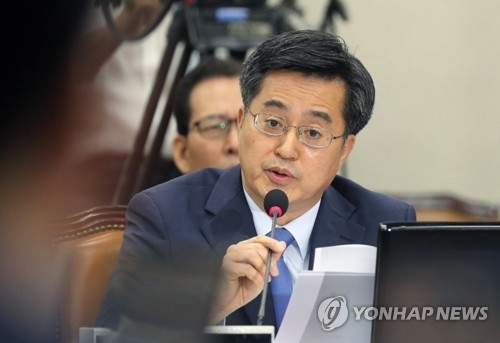 Another round of hearings for top government nominees is set for next week. The hearings on the designates for the interior, maritime and culture ministers are slated for next Wednesday, while the hearing for the land and transport minister designate is set to be held the following day.