South Korea, led by head coach Uli Stielike, will take on Qatar in Doha next Tuesday for the final Asian qualifying round for the 2018 FIFA World Cup. Before the crucial World Cup qualifier, South Korea are set to face Iraq for a tune-up in the United Arab Emirates (UAE) on Wednesday.

Stielike's team were originally scheduled to land in Doha on Saturday after completing the Iraq friendly and training in the UAE. But South Korea's travel plans apparently took a big hit after the UAE joined other Arab nations, such as Saudi Arabia and Bahrain, in cutting diplomatic relations with Qatar over its alleged support of terrorism and suspended flights to and from the Qatari capital.

"We were baffled when we first heard the news, but we think it's not a big concern," an official with the Korea Football Association (KFA) said. "We are preparing for every possible situation."

It usually takes about an hour from Dubai to Doha, but by taking alternate routes via other nearby countries, such as Oman, the KFA official said that South Korean squad will probably have to travel about four hours to reach the Qatari capital.

The KFA official, however, said Stielike and his 24 players are not bothered by the situation.

"When you have a match away from home, unexpected things happen," he said. "The players are training hard as usual." 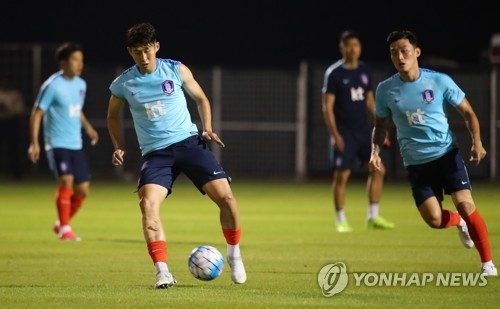