The 51-year-old woman will face questioning on suspected financial irregularities related to a company practically owned by her father, which operated the ill-fated Sewol ferry. She is expected to arrive in Incheon this afternoon. 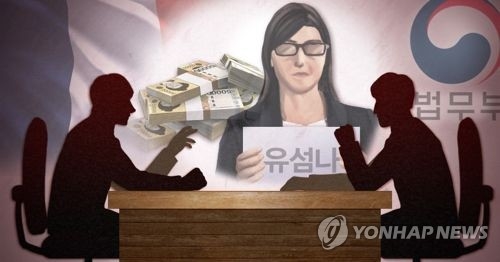