"There is no change in the government's stance over the resumption of civilian exchanges with the North for better inter-Korean ties," Lee Duk-haeng, spokesman at Seoul's unification ministry, told a regular press briefing.

"In that sense, we are urging North Korea to (positively) respond to local civic groups' move to visit North Korea (for exchanges)," he said.

The ministry said last month that it will flexibly resume civilian inter-Korean exchanges to an extent that the move does not compromise the international sanctions regime.

Since Moon took office in early May, Seoul has approved 15 requests for contact with North Korea by aid and religious groups.

But Pyongyang on Monday rejected South Korean civic groups' attempts to resume exchanges in protest of Seoul's support of the latest U.N. sanctions over the North's missile tests.

One day after the North's rejection, it called on South Korea to implement inter-Korean summit declarations on reconciliation from 2000 and 2007 before Seoul seeks to resume exchanges.

The North's propaganda outlet Uriminzokkiri also cited Seoul's suspension of a joint tour program at Mount Kumgang in 2008 and closure of a joint industrial complex in 2016 as the main hindrance in improving inter-Korean ties.

It claimed that the ties can be improved when Seoul has a firm stance in lifting anti-Pyongyang measures taken under conservative administrations.

On May 24, 2010, Seoul imposed sanctions banning inter-Korean exchanges to punish North Korea for the torpedoing of a South Korean warship in March of that year.

In February 2016, Seoul closed down the Kaesong Industrial Complex in response to Pyongyang's nuclear and missile tests earlier in the year. In July 2008, it suspended the tour project at the mountain on North Korea's east coast after a South Korean woman was killed by a North Korean soldier at the mountain resort. 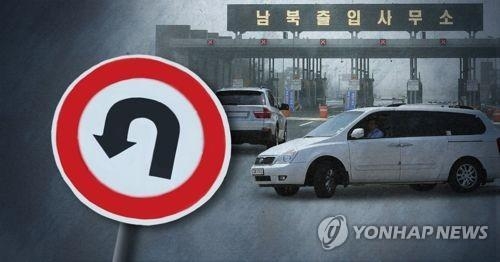