VOA's Korea Service said Zeid, the high commissioner for human rights, made the remarks at the opening of the U.N. Human Rights Council's session in Geneva on Tuesday, adding many countries are not cooperating with his office. 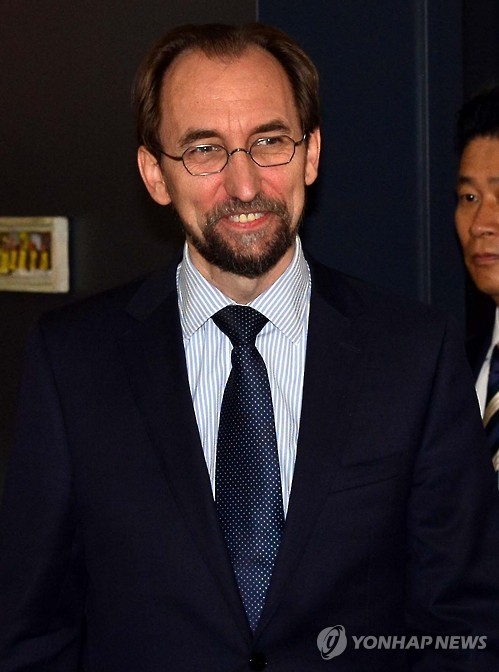 U.N. human rights experts, including U.N. Special Rapporteur on North Korea Tomas Ojea Quintana and his predecessor Marzuki Darusman, had arranged for visits to the North to investigate alleged crimes against humanity in the country, but they were not able to do so due to the North's objection.

The report also said Zeid welcomed the North's agreement last month to a visit by a U.N. human rights expert for the first time ever. North Korea's leader Kim Jong-un allowed Catalina Devandas-Aguilar, the special rapporteur on the rights of people with disabilities, to visit Pyongyang and South Hwanghae Province.