SEOUL, June 7 (Yonhap) -- T.O.P, a member of South Korean boy band BIGBANG who has been hospitalized for a suspected drug overdose, was still in "extremely bad" condition according to medical experts Wednesday.

The 29-year-old singer-rapper, whose real name is Choi Seung-hyun, was hospitalized Tuesday and is currently receiving treatment at an intensive care unit. YG first reported that Choi was found unconscious, but police later denied that he was in critical condition.

"It is suspected that Mr. Choi was overdosed with benzodiazepine," a team of doctors at Ewha Womans University Medical Center in western Seoul said during a press briefing. Doctors said he was in an "extremely bad" condition.

According to doctors, the singer was unresponsive to light stimulation after arriving at the hospital. They said he reacted only to "hard stimulation."

Experts said his condition did improve this morning after receiving emergency treatment but was still in a "narcoleptic state."

"If the patient's condition improves we will conduct treatment together with the hospital's mental health department," said the team. 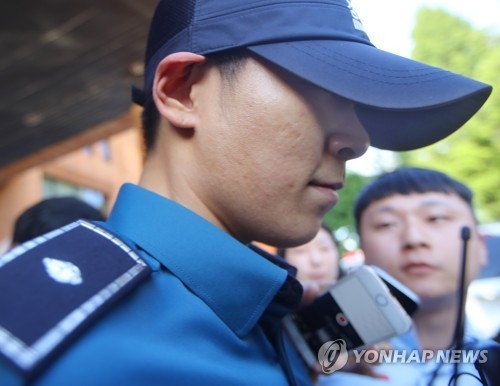 Earlier in the day, T.O.P's mother disputed an initial police account of her son's condition, claiming he was in much worse state than was previously told by the police.

"The condition of my son is quite bad. It's been misreported after (the police) announced that my boy, who is almost dying, was not fully awake from tranquilizers," T.O.P's mother told reporters.

The mother, who was clearly distressed, was also seen telling a nearby police official, "He was clearly unconscious when moved to the hospital. The doctor confirmed it."

A representative at YG Entertainment said, "The mother was very angry at the police report. T.O.P is currently unconscious and relying on a respirator. She's flabbergasted by the police report that said he was 'in a state of sleep' when hospitalized."

Police said Tuesday that T.O.P appeared to have overdosed on tranquilizers that he has been taking for medical reasons. An official said that Choi wasn't in "critical condition" and said he is just sleeping since the medication contained sleeping pill ingredients.

The incident occurred just a day after he was indicted without detention on charges of smoking marijuana. Seoul prosecutors on Monday announced that Choi is suspected of smoking the banned substance four times with a 21-year-old would-be singer, only identified by her surname Han, at his home in Seoul in October last year. 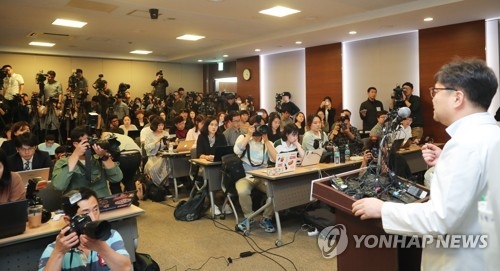