The group, led by Toshihiro Nikai, secretary general of Japan's ruling Liberal Democratic Party, will make a stopover in Mokpo, a coastal city in the province, on Saturday-Sunday before departing for Seoul to hold talks with South Korean President Moon Jae-in to convey a letter from Abe to Moon to lay the groundwork for a summit between the two leaders.

Nikai will be accompanied by 300 people, including Masanao Ozaki, governor of Kochi Prefecture that has formed a sister relationship pact with South Jeolla, and representatives of the Japanese tourism industry.

During the stay in the South Korean province, the delegation is scheduled to tour a memorial on the late former South Korean President Kim Dae-jung and an orphanage called Gongsaengwon.

"The visit to South Jeolla by the special envoys' group is expected to give support to the prime minister," an official at the South Jeolla provincial government said. "We hope the visit will lead to the activation of exchanges between South Jeolla and Japan." 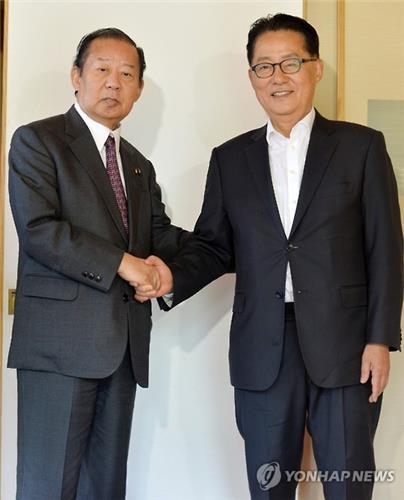