The six universities, chosen among 51 higher education centers in 27 countries, are to incorporate their existing courses in the Korean language to the King Sejong Institute.

Currently, there are 171 such institutes in 54 countries where a total of 49,549 students are learning the Korean language.

Song Hyang-keun, chief of the Seoul-based King Sejong Institute Foundation, said that the foundation will make efforts to help the operators of the institute enhance their Korean language education so that they can serve as evangelists of South Korea. 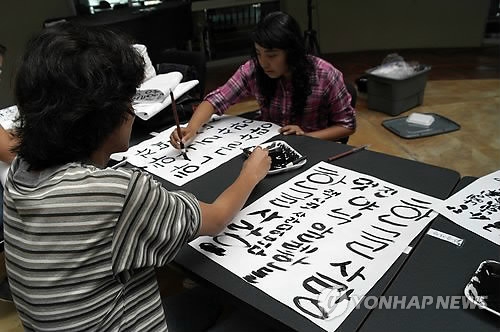