BUSAN, June 8 (Yonhap) -- Standing on a gentle slope, a former wire rope factory built more than 50 years ago used to be an eyesore in the quiet residential neighborhood of central Busan. Until it was transformed into a cultural complex.

On a recent early day, the venue, "F1963," was filled with excited visitors checking out the port city's latest attraction.

Encased in a structure made of bluish-white metal mesh, the repurposed industrial complex with its modernized exterior belies its more-than-half-century age.

To many visitors' surprise, the place still keeps its old frames and pillars intact. The high, airy ceilings are held up by bare, corroded steel skeletons with peeling or faded paint.

At one of the exhibition halls, some 370 pieces of Pablo Picasso's artwork -- ranging from prints to oil paintings and ceramics -- were on display. In another hall, Design Art Busan, a special spin-off program of the annual art fair Art Busan, greeted art lovers. 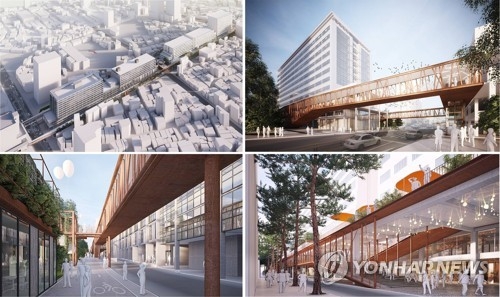 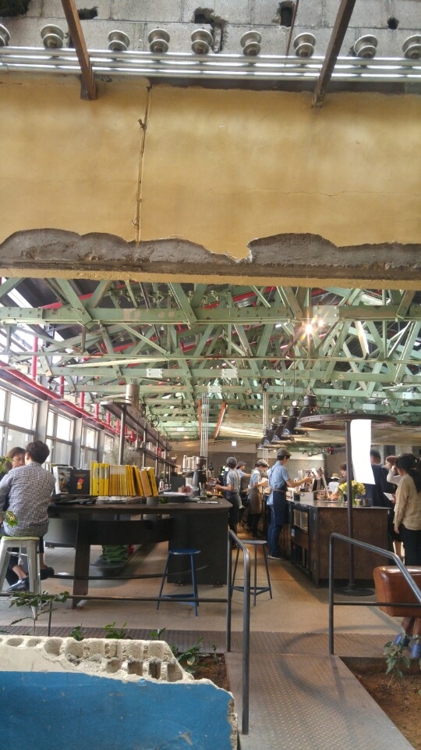 Among them all, Terarosa Coffee, a home-grown coffee chain popular for its hand-drip offerings and industrial interior design, appeared to be the most crowded, with people seeking to chill out over a drink and dessert after touring the 9,240-square-meter complex.

But the coffee shop alone seems to offer enough reason for a visit.

"To be honest, the factory was in really poor condition," Kim Yong-duek, president of Haksan Co., which runs the coffee chain, said in a phone interview. "It was much smaller than, say, Britain's Tate Modern and other factory-turned-cultural spaces in the West. But I couldn't think lightly of it. Because our life, regrets and sweat -- from the difficult times when Korea was very poor -- permeated the space," he said.

"Old places have their own weight carried from the layers of time. It has a natural beauty that no man-made artwork can possibly beat." 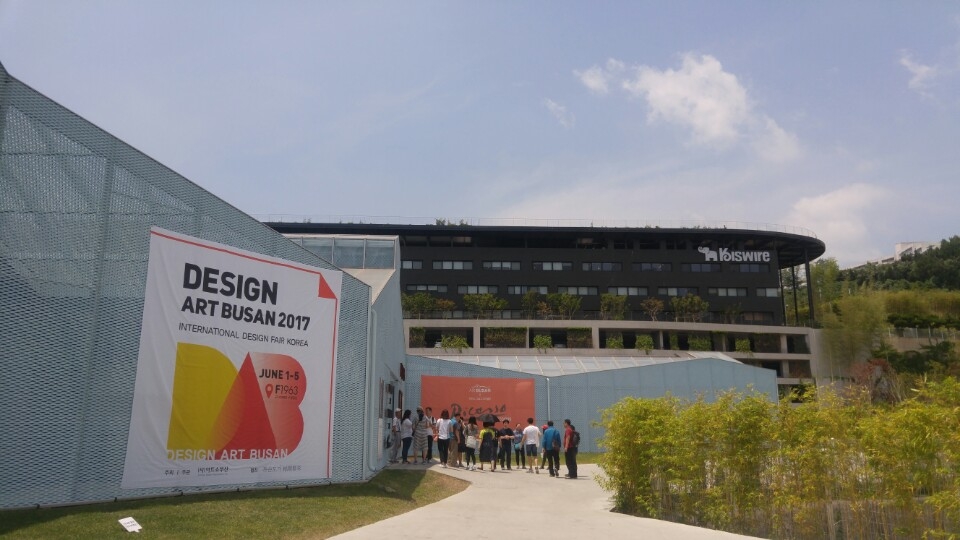 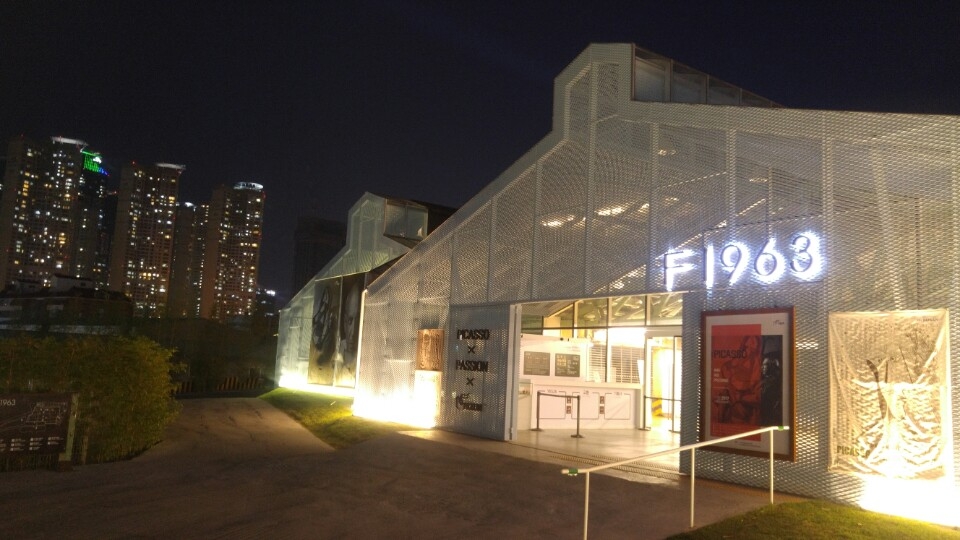 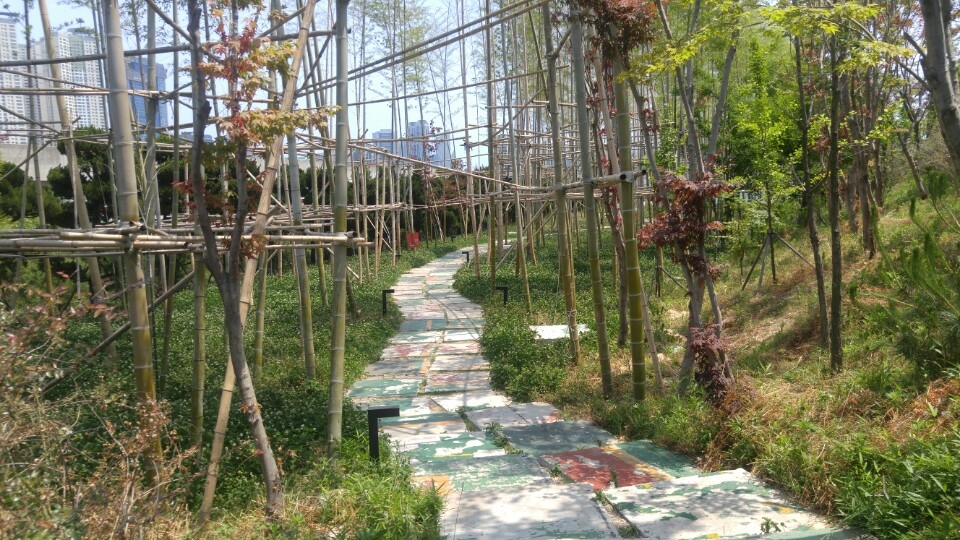 Combining the initial from the word "factory" of Kiswire Co., a manufacturer of steel wire rope, and the year when the factory was built, F1963 represents the latest architectural and city redevelopment trend in Korea.

The central idea is that demolishing the old, in however bad condition, and building all over again is a thing of the past.

According to architect Cho Byung-soo, who led the renovation of the complex, "The key goal was to preserve as much as possible while presenting new features in a dramatic way."

When Cho took up the project, he set up basic principles to minimize construction waste and to reuse, if possible, everything that used to be part of the factory structure. The factory stopped running in 2008 when the company moved it out of the city. Then it had been used as a warehouse.

"Shipping out no waste was our goal. So we recycled steel plates, slabs of concrete, pieces of lumber and floors," he said. 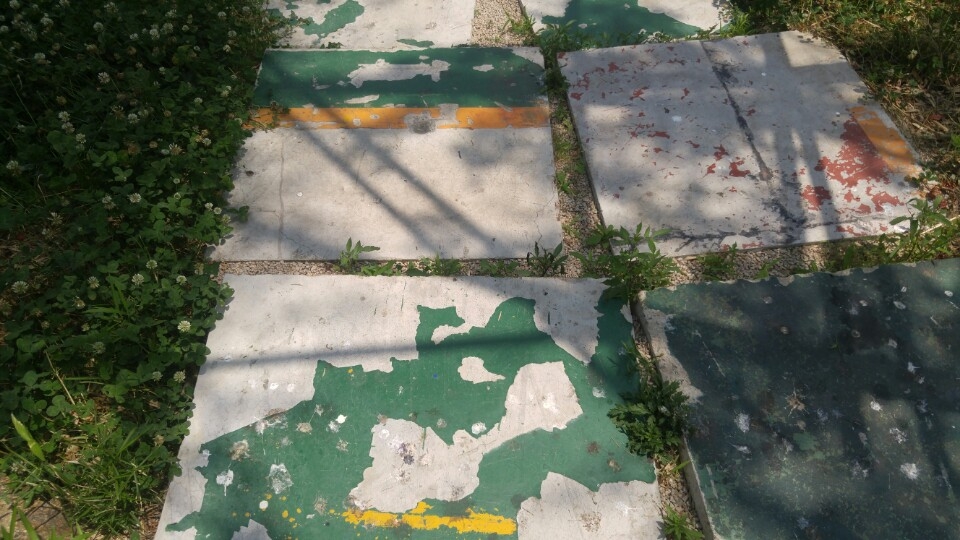 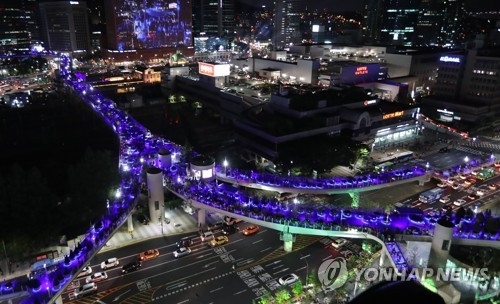 Indeed, the concrete pieces that once formed the plant's walls and floors now serve as stepping stones and chairs in the bamboo garden, a former cargo handling area.

Steel beams that could no longer find a use have received new life as vintage benches. Old machinery stands in the corners as if they are some kind of installation art pieces. Parts of half-demolished cement walls form a unique plant bed.

The project stands in vivid contrast to a time when the country was busy indiscriminately tearing down dilapidated buildings and rundown houses to make its appearance all glitz and glitter. This was often done under the pretense of beautifying the exterior to match the country's rising economic power.

That obsession, however, now seems to be giving way to a consensus that Korea should redefine its urban development strategy to breathe new life into a seemingly obsolete structures. 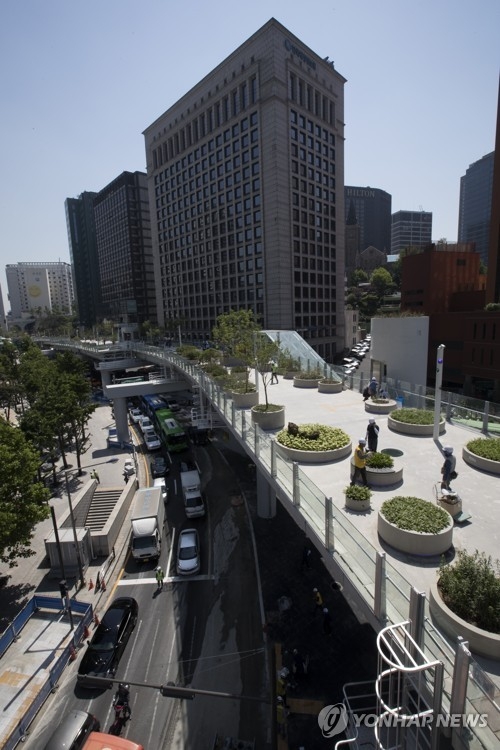 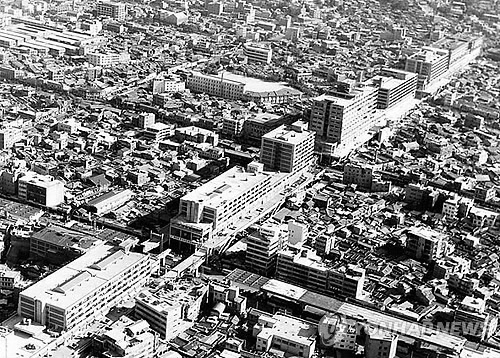 Another example of this shift is the overpass-turned-park Seoullo 7017, recently opened to the public by the Seoul city government. This happened after years of policy reviews and discussion on whether to bulldoze the 47-year-old inner-city highway for safety reasons.

At the opening ceremony May 20, Yang Joon-uk, chairman of the Seoul City Council, said, "The time is past when we tear things down unconditionally. With Seoullo 7017, the city will start keeping old things alive, regenerate them and seek their historic value."

In 2015, the city formed a special task force specializing in the so-called "Seoul-style Urban Regeneration," based on the belief that a city is an organic entity that follows a life cycle of birth, growth and death. But the difference is that a set of good policies can spring a city back to life. 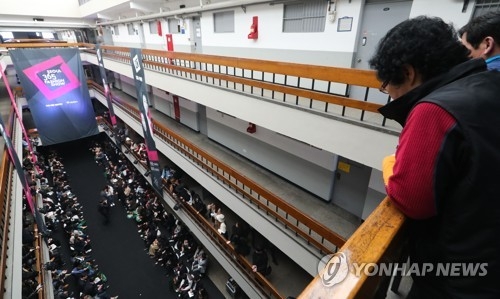 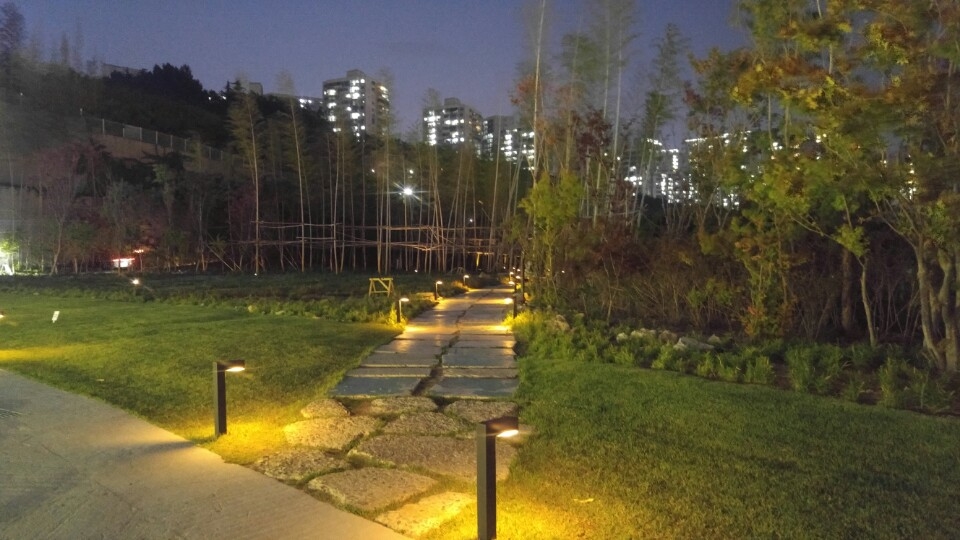 Among the key projects in the pipeline is Seun Sangga, a massive 439,356-square-meter shopping district comprised of seven buildings with 8-17 floors in central Seoul. Built in 1968, the district stood at the forefront of the country's electronics industry for decades.

Seun, which in Korean means a place where the world's positive energy descends, was designed by Kim Swoo-geun, one of the country's most brilliant modern architects. The once almighty mecca of IT geeks and technicians in the '70s and '80s was also the country's first commercial and luxury residential complex that came with elevators, a rarity at that time.

Its reign, however, has slowly declined from the mid-'80s, as similar shopping districts sprung up in other parts of the city and, more recently, the advent of the Internet enabled people to easily order electronic goods online. 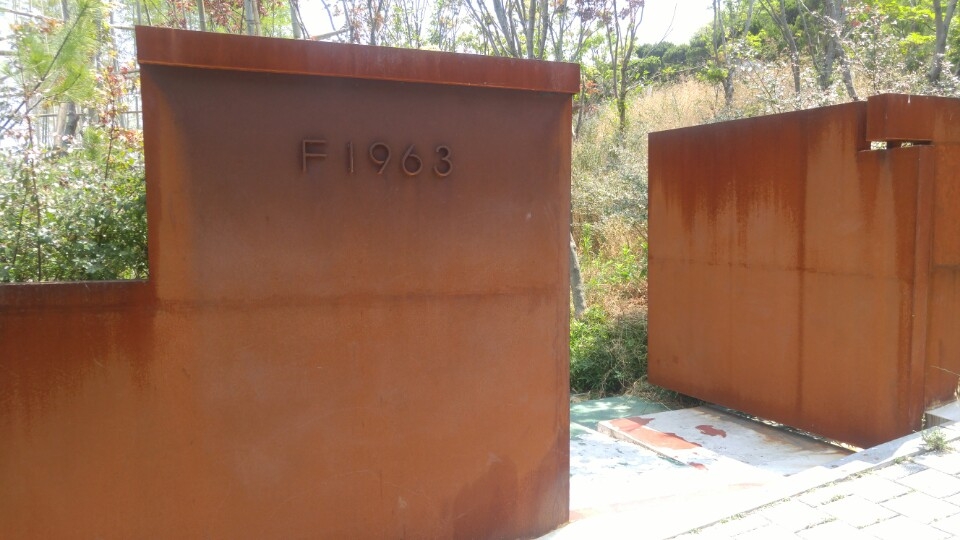 In 1995, the city announced a plan to replace the aging complex with a public park, but the plan kept being delayed due to budget issues. In October 2006, it was once again designated as a development zone, only to go adrift again when the Asian financial crisis hit the country hard and the project lost its funding in 2009. In 2014, the regeneration project was scrapped altogether.

Instead of a total makeover, Seoul Mayor Park Won-soon is now seeking to keep the surgical operation to a minimum and enliven the historic neighborhood by adding new values and repackaging it. The policy is in line with the new Moon Jae-in government, which values substance over appearance.

"What has originally existed should be respected more than what comes after that," said Cho, the architect of F1963.

Citing the complete demolition in 1995 of the Japanese office of Governor-General inside Gyeongbok Palace as an example for Korea to reject in the future, he said, "Demolishing the building doesn't mean we can delete what has happened. It doesn't feel right to just uproot part of our history just like that." 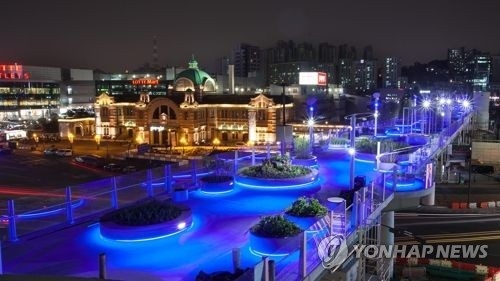