(ATTN: CORRECTS date in the lead)

Under the accord, the cultural center, located in the Jongro Ward of central Seoul, will cooperate to push forward and publicize diverse cultural performances, exhibitions, and other kinds of events.

The center will carry the new agency's logo in every publicity product for cultural events hosted by the center in the future, Yonhap said.

The first China Cultural Center in Asia, the sixth of its kind established overseas, opened in December 2004. The center was built to facilitate mutual understanding between the two countries by learning more about each other's cultures, history, and society. 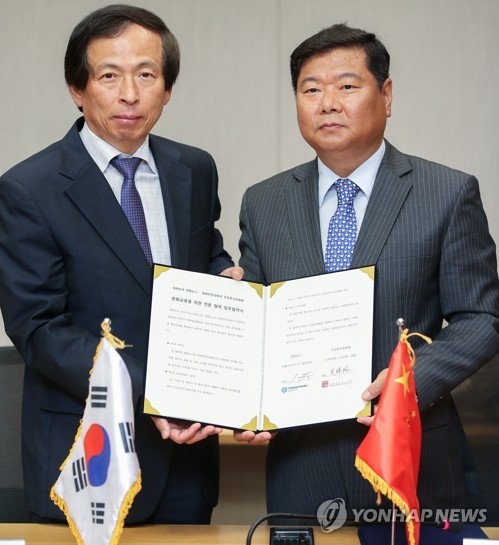