SEOUL, June 9 (Yonhap) -- Cafe 468, located in a quiet residential area in Euijeongbu, just north of Seoul, has the perks a trendy coffee shop should have -- Instagrammable decor, tasty options using quality beans, pastries and bread, all at affordable prices -- which keep the establishment competitive in South Korea's saturated coffee market.

However, this small trendy independent shop needed an extra-something strategy to survive in the coffee shop hierarchy that is dominated by large coffee chains, most noticeably U.S. coffee giant Starbucks. South Korea has the world's fourth-largest number of Starbucks stores in relation to its population.

This could be a tough time for independent coffee brands yet these small businesses have armed themselves with a few tricks to compete against the ubiquitous green mermaid that dominates every corner of South Korea. 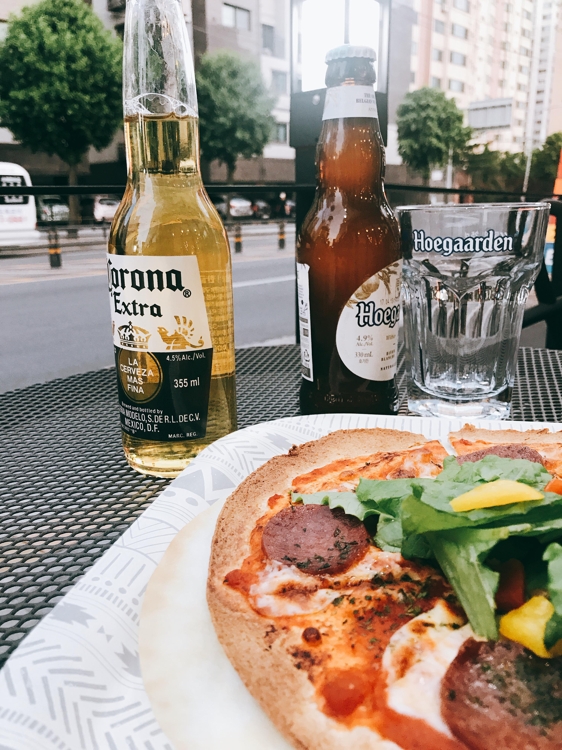 Cafe 468 decorated its second floor as a rooftop bar, serving beer and small food options for snacking or sharing all in a newly redesigned atmosphere to cater not only to morning and afternoon customers but those that come in after the sun sets. In addition to baked goods, various options have been added, including pizza at the price of 6,000 won (US$5), for those who want to drink and dine at the same time.

"Independent coffee store owners have to think outside the box if they want to compete with the coffee giants," Chang Eun-hee, the 30-year-old owner, said. "Local small businesses have to use alternative strategies that extend beyond the brand association offered by large chains." Starbucks Coffee Korea, the local unit of the U.S. coffee giant, said it had 1,008 stores across the country as of the end of February, meaning one outlet for every 50,000 South Koreans. In July last year, South Korea's population stood at 50.5 million.

Since opening its first branch near Ewha Womans University in central Seoul in 1999, the U.S. giant has quickly expanded by adding nearly 50 stores annually. In a back street in Samsung-dong, a commercial district of southern Seoul, there is literally a Starbucks store in every other building.

Starbucks Coffee Korea, which is run by retail conglomerate Shinsegae in South Korea, said its annual sales topped the 1 trillion-won mark for the first time ever last year. The company's record is astonishing as annual sales of other local players, such as Twosome Place and Angel-in-us Coffee, are averaging between 100 and 200 billion won.

The coffee consumption in Asia's fourth-largest economy is estimated to have reached about 25.05 billion cups in 2016, up 25 percent from 10 years ago, according to industry data. Separate data shows that the average South Korean drank 500 cups of coffee last year, reflecting its popularity as the nation's favorite beverage bar none.

Despite the growth in the number of new coffee shops that include the big players, there was a rise in the number of closures, according to official data, an indication that South Korea's cafe boom has already entered the saturation point. 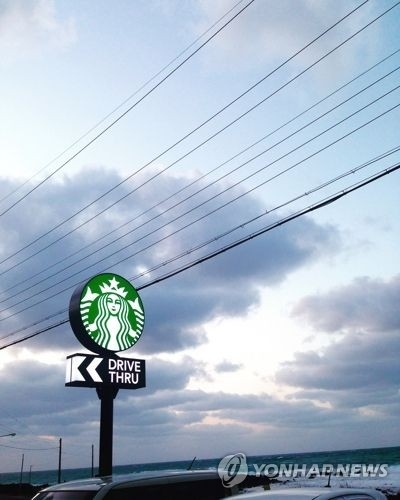 In the upscale neighborhood of Cheongdam-dong in southern Seoul, Cafe Nuance is located within a flower shop so that not only customers can drink coffee at a relatively reasonable price, they can take flower lessons, as well as purchase exotic plants.

"I come here at least three times a week to take a break from the city. This place is like a little oasis for me," 28-year-old Lee Joon-hee said. "This place is unique as I can see and smell different kinds of flower every day."

Choi Min-jee, a florist who previously worked at a high-end flower shop in the area, said her goal was to create a niche reputation in the upper-end neighborhood, often referred to as the Beverly Hills of South Korea, by depending on new ideas and concepts to compete against monstrous chains when she decided to open her store in 2016.

"Most of our clients have high tastes and expect the atmosphere of the cafe to be more than just clean and cozy," Choi said, adding that a portion of revenues comes from those who take flower classes and order coffee on the side. 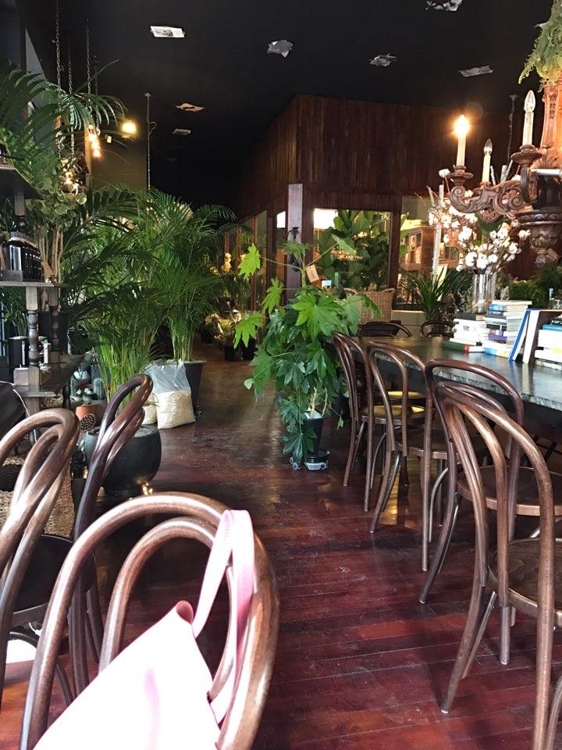 Many startup coffee brands also began partnering with local roasters, including Cafe 468, to keep customers coming back for fresh-caffeinated products and to consistently make high quality coffee every time.

"The product speaks for itself, and customers will notice," said Chang, who uses Anthracite -- a local rising roastery brand located in Hapjeong-dong of western Seoul. "Customers have become more keenly interested in better quality food and beverages."

A report by Ediya Coffee Co., a local low-cost coffee franchise operator, showed that coffee is a habit-forming substance and that once a customer forms a habit with a particular brand, he or she becomes loyal to it. The report further said this pattern is the reason why more big chains are trying to develop independent beans to differentiate themselves.

A 47-year-old who asked only to be identified by her surname Kim, currently operates three "kids cafes" in the capital area that includes Seoul and the surrounding Gyeonggi Province to specifically target hard-to-please moms with children below the age of three.

At the price of 17,000 won per hour, the cafe provides a babysitter and other kinds of toys. Each adult customer has to order at least one item off the menu, with a cup of Americano priced at 12,000 won, about three times more expensive than average.

"The cafe is for mothers who want to take a break from child care as most of their children are too young for day care centers," Kim said. "These moms are very picky about cleanliness so toys and other items for children have to be perfectly cleaned and the coffee options use Anthracite." She added that the cafe also uses organic produce.

The operator said that thanks to such ways of doing business smaller shops can stay afloat and even compete with big names in the country.