The K League, operator of the national pro competitions, said Hwang Sun-hong, bench boss for FC Seoul, will coach the K League All-Stars against the Vietnamese national team in their match at My Dinh National Stadium in Hanoi on July 29.

The coach of the reigning league champions has previously served as the All-Star coach when the K League faced a foreign squad in the All-Star Game.

When the K League representatives faced FC Barcelona in 2010, Choi Kang-hee of Jeonbuk Hyundai Motors, the 2009 K League Classic champions, was on the bench for the South Korean All-Stars.

This year's All-Star Game has been scheduled to help promote South Korean football in Southeast Asia. The Vietnamese squad will include Luong Xuan Truong, who plays for Gangwon FC in the K League Classic.

The K League All-Stars will have 18 players. The K League's competition committee will pick the starting 11, without the fan vote, and then Hwang will fill out the rest of the squad.

The All-Star team will assemble two days prior to the game in Vietnam. 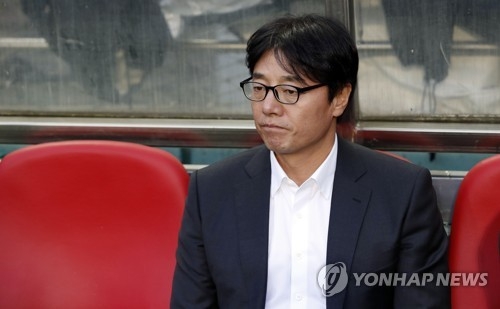