"(The Korean website) was opened directly by Xiaomi, but it is more of a beta version," an official from a local retailer of Xiaomi goods said. The website currently does not allow users to buy products online.

Despite its strong presence in China, Xiaomi has not yet released products in South Korea directly. Local consumers can only make purchases through official retailers or via overseas online shopping malls.

Industry watchers, however, said it still remains uncertain whether Xiaomi will sell smartphones in South Korea, as it may face patent disputes with Samsung Electronics Co. or LG Electronics Inc.

As Xiaomi enjoys robust sales of handsets in China, industry watchers added it is unlikely that the company will choose to take risks in overseas markets. 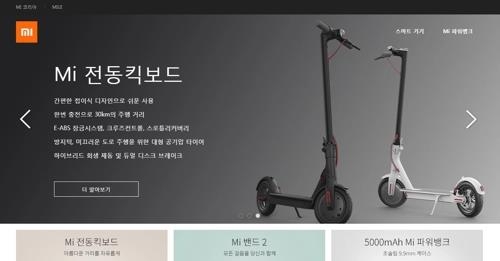