Intermediary goods accounted for 78.1 percent of South Korea's total exports to China in 2014, according to the report by the Korea Center for International Finance (KCIF).

The report feared any failure by South Korea to shift to consumer goods and services will eventually undermine the country's outbound shipments to China, which is emerging as the world's largest market from being the "World's Factory."

The Chinese government has announced it will restructure the Chinese economy with focus being put on science and technology, and manufacturing services industries.

"South Korea needs to adopt a new strategy that actively follows the changing domestic consumption structure in China," the report said, calling on the government and companies here to focus on such services industries as medicine, culture, environment, smart city, logistics, finance and converged information technology.

The report also noted the decoupling of links between the economic growth of South Korea and China in recent years.

South Korea and China are no longer in a complementary relationship in exports of their products, the report said, adding the two countries are competing in the shipments of steel, automobiles and other manufactured goods. 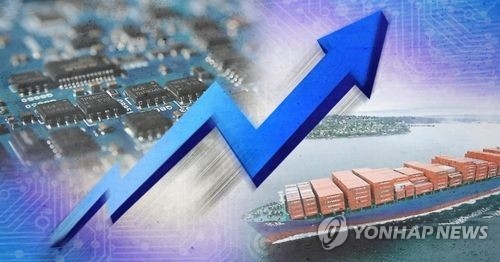