SEOUL, June 8 (Yonhap) -- South Korea's defense ministry said Thursday it has requested a record budget of 43.7 trillion won (US$38.7 billion) for next year, citing growing threats from North Korea and the need for reforming the South's military under President Moon Jae-in's campaign pledge.

Much of the budget will be used to raise wages for rank-and-file soldiers, according to the ministry. 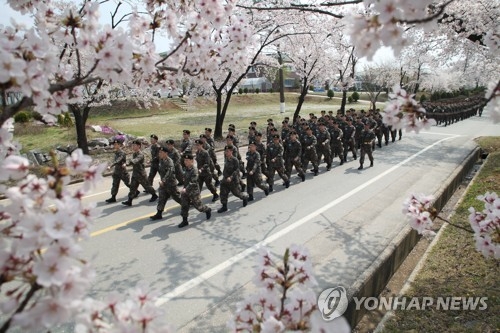 During his presidential campaign, Moon, a liberal leader, vowed to lift the payment up to 50 percent of the minimum wage in stages.

The ministry plans to increase the number of commissioned and noncommissioned officers from 2,198 to 3,089 to prepare for a reduction in that of troops conscripted into the military for mandatory services. All able-bodied South Korean male adults are obliged to serve in the armed forces for about two years. 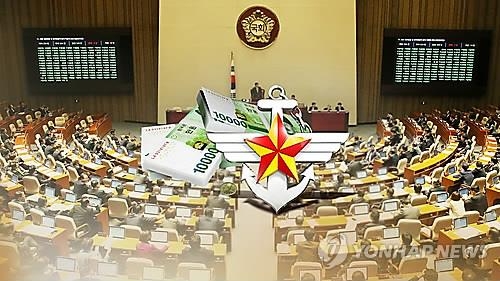 The budget proposal also includes an 11.6 percent hike on-year to 13.6 trillion won on spending for improving the military's firepower, in particular the early establishment of the Korea Air and Missile Defense (KAMD) system and the Kill Chain pre-emptive strike program.

If approved by the finance ministry and the National Assembly, the on-year budget increase would be higher than the average growth of around 5 percent during the previous conservative administrations of Lee Myung-bak and Park Geun-hye.

For the 2017 budget, the ministry offered a 5.3 percent jump from a year earlier, but lawmakers voted for only a 3.6 percent hike.