SEOUL, June 8 (Yonhap) -- The K-pop boy group BTS, also known as Bangtan Boys, has set a milestone on YouTube as six of its songs have been viewed more than 1 million times.

Its management Big Hit Entertainment said Thursday that "Not Today" became the latest to surpass the number, just 109 days after its release.

The feat was achieved just four years after the group debuted in June 2013, the company said.

"Not Today" was released in February and ranked No. 1 on the iTunes' music video chart in five countries -- the United States, Canada, Singapore, Indonesia and Thailand. 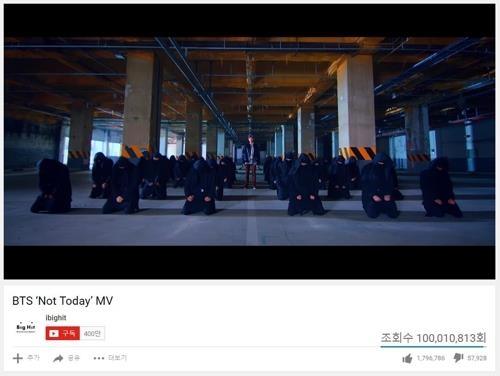