SEOUL, June 8 (Yonhap) -- T.O.P, a K-pop star who has been hospitalized for an apparent drug overdose, has shown improvement in his condition and is able to recognize people and communicate, according to his family Thursday.

"(His condition) has improved substantially," the singer's mother told reporters at Ewha Womans University Medical Center in western Seoul after visiting her son being treated in an intensive care unit.

When asked whether she made eye contact with her son, the mother answered, "Yes."

A senior police official from T.O.P's police squad, who accompanied the mother, said, "He recognized me. It seems he can communicate."

T.O.P, member of popular boy band BIGBANG, is suspected of smoking the banned substance four times with a 21-year-old would-be singer, only identified by her surname Han, at his home in Seoul in October last year.

YG Entertainment, which represents T.O.P, apologized for the singer's marijuana scandal that sent a shock wave through fans. 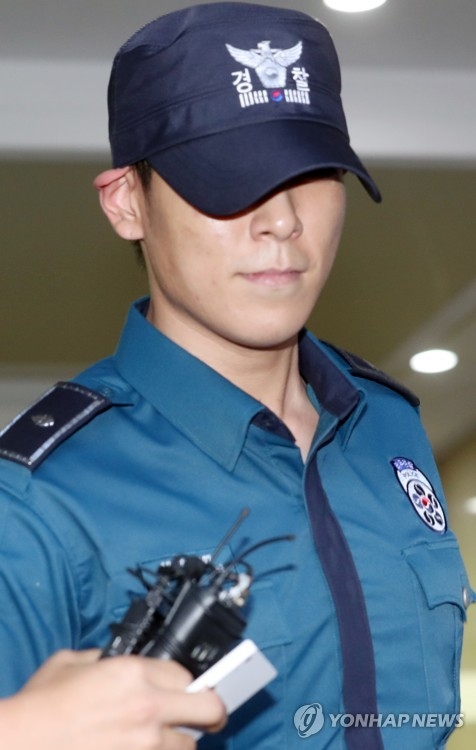 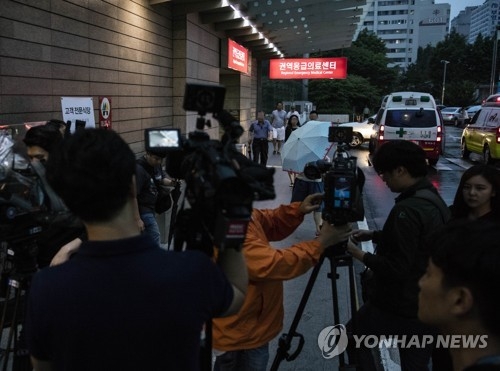