Both players are currently biding their time in the U.S. minor leagues, hoping for a shot in the Big Show. And as it turns out, Player A has a much better shot at cracking a major league roster this year, despite less impressive credentials in the Korea Baseball Organization (KBO).

That'd be Hwang Jae-gyun, now with the San Francisco Giants' Triple-A affiliate, the Sacramento River Cats. He signed with the Giants last offseason after 10 seasons in the KBO and thanks to his consistency at the plate in the minors, Hwang could get called up in the coming weeks.

Player B is Park Byung-ho, playing for the Triple-A Rochester Red Wings in the Minnesota Twins' system, who has really fallen on hard times after having a cup of coffee in the majors as a rookie last year. His dominant KBO seasons are increasingly becoming a distant memory.

Prior to the tilt against Fresno on Wednesday (local time), Hwang, 29, was batting .294 in 52 games with six home runs and 39 RBIs. He also had 16 doubles and four triples. 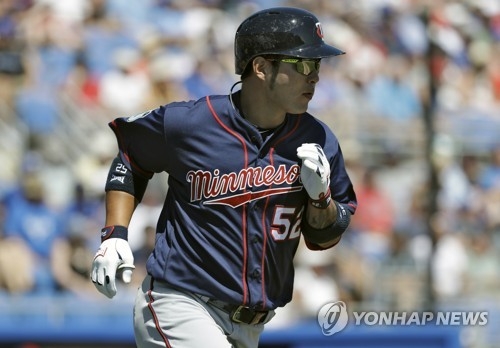 Over his last 10 games, Hwang was batting .333 with three long balls and 10 RBIs. He'd hit safely in eight of those 10 games and never went back-to-back games without a hit.

It's this type of production that has San Francisco thinking about bringing him up to the big stage.

Hwang began his career at shortstop, but has played the majority of his career at third base. In the United States, Hwang has also spent time at first base and left field, hoping his versatility would give him a better shot at reaching the majors.

That the Giants are a team going nowhere should help Hwang's chances, as they may be willing to give their minor league prospects a chance.

Prior to Wednesday's game against the Milwaukee Brewers, the Giants were 24-36, fourth among the five clubs in the National League West. It's the third worst record in the NL.

They have recalled a couple of minor leaguers in the past week or so. Earlier in the season, Christian Arroyo, a hot-shot prospect at third base, was brought up from the minors to much fanfare, but he was optioned back to the River Cats last weekend after batting just .192 in 34 games.

Arroyo might have beat Hwang for the backup third-base job in the bigs at first. But the door may have opened up again for Hwang following Arroyo's demotion.

Hwang could be asked to play some left field, though the Giants have already called up another minor leaguer, Orlando Calixte, to play there.

Hwang has an opt-out clause in his contract if he doesn't make the Giants by July 1. The Giants are unlikely to risk losing the man they've watched for a few years and should bring him up at some point this month. 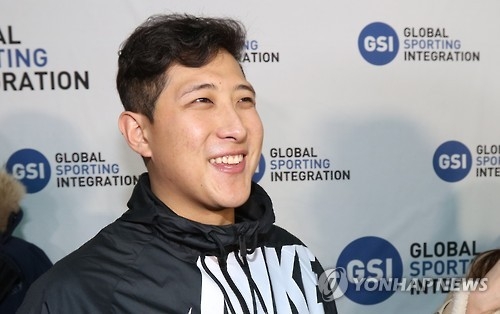 The picture isn't nearly as rosy for Park, who is batting a meager .188 in 29 games for Rochester after a 0-for-4 day Wednesday.

Park, 30, had a solid start to his rookie season as designated hitter for the Twins last year, belting out six home runs and flashing the kind of power that made him such a feared slugger in South Korea. But the big league pitching caught up to him, and he was demoted to the minors after only 62 games, having hit 12 homers but with a .191 batting average.

He added 10 long balls in 31 games for Rochester before a hand injury ended his season prematurely in August.

Park returned healthy for the start of 2017 and had an outstanding spring training. He led the Twins with six home runs, 13 RBIs, 18 hits and 10 runs scored, but the club still didn't put him on its 25-man roster, deciding instead to carry an extra pitcher.

Things went from bad to worse. Park began his minor league season by hitting safely in his first four games, going 6-for-16 with three doubles and three RBIs but hurt his hamstring. The injury cost him a month of action, and he hasn't been the same player since his return.

Unlike the Giants, the Twins are enjoying a surprisingly strong season. At 29-25, they're leading the American League Central by 1.5 games over the Cleveland Indians. It has been an impressive turnaround for a team that had the worst record in the entire majors last year at 59-103.

And while the Twins' offense as a team is far from dominant, their two switching-hitting DHs have done well enough that the club may not see a pressing need to add help from the minors.

Robbie Grossman has six homers and a .268 batting average in 138 at-bats. Other stats also pop out: He's tied for the team lead with 32 walks and leads the club with a .413 on-base percentage. Kennys Vargas has hit five long balls while batting .258, though he has bounced between the majors and the minors.

Park has been a shell of his former self. He has looked so helpless at the plate that it's difficult to believe this was the same hitter that hit 105 home runs with 270 RBIs in his final two KBO seasons.

Barring an in-season collapse, the Twins are unlikely to fix what's not broken, and all Park can do is try to force the club's hands by turning his season around and do so quickly.