The investment is higher than the originally planned 300 billion won, Hyundai Samho said, signaling that investors have shown strong interest in its premarket debut process.

The pre-IPO deal is expected to be completed by the end of the month.

Hyundai Samho posted an operating income of 43 billion won on sales of 734 billion won in the first quarter of the year.

The shipyard has secured deals, valued at $1 billion, to build 15 ships.

Should the pre-IPO deal go smoothly, Hyundai Samho's debt ratio will fall to 72.8 percent from the current 96.4 percent. 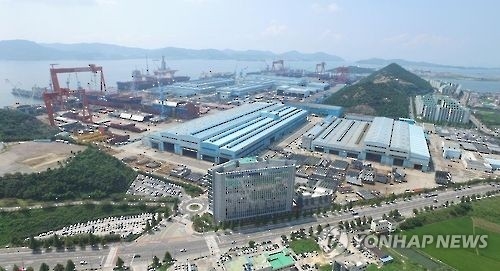