The sanctions regime may have sped up the redistribution of increasingly scarce resources through the internal market system, according to the report by South Korea's Institute for National Security Strategy and Asia-Pacific Research Center at Stanford University.

"There is considerable evidence that sanctions have increased regional inequality and induced the regime to redistribute limited resources to Pyongyang," the English-language report said.

North Korea is under a set of U.N. sanctions for its nuclear and missile provocations. It is suffering from cash shortages as the sanctions target curbing its main sources of hard currency earnings.

The report also said that North Korea's trade reliance on China has risen even as the international community has strengthened its pressure and sanctions against Pyongyang. China is North Korea's key ally and main economic benefactor.

China's oil and food aid, which do not appear in official statistics, have played an important role in supporting military activities in North Korea, it said.

"The closed and dictatorial political system, now supplemented by markets, appears adequate to manage the effects of economic sanctions, at least with China continuing to dilute their impact," the report said. 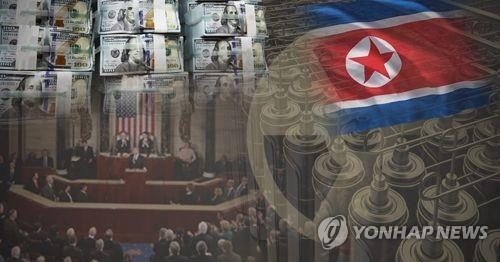