SEOUL, June 8 (Yonhap) -- G-Dragon, a member of South Korean boy band BIGBANG, changed the title song of his new solo album, according to his agency Thursday, most likely to avoid controversy over the provocative name.

The title song of G-Dragon's album "Kwon Ji Yong," which comes out Thursday evening, has been changed from "Bullshit" to "Untitled," according to YG Entertainment. Earlier this month, YG had announced that the title track was "Bullshit."

YG didn't offer an explanation as to why the rapper-singer switched the title song. But observers speculate that the artist may have decided to place the provocative hip-hop track on the back burner to avoid controversy, especially in light of band mate T.O.P's recent marijuana scandal and drug overdose. 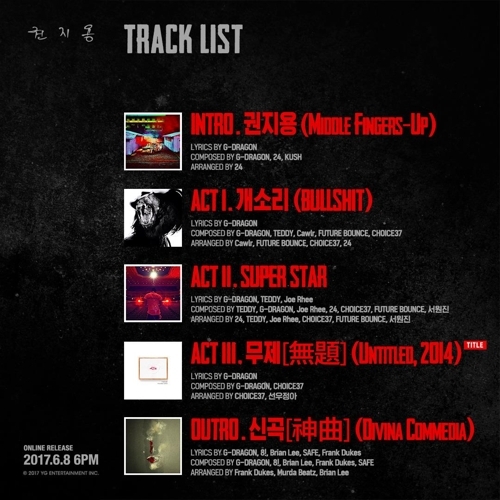 According to the company, "Untitled" is a slow-tempo track that sings of longing for a love to return after a breakup.

Kwon Ji-yong is G-Dragon's real name. As the title suggests, the album has an autobiographical aspect to it, with lyrics focused on G-Dragon's personal character and growing pains as he is about to enter his 30s.

"It's not an album meant to produce another hit song but rather he filled it with the music and lyrics that he wanted to produce and tell," a YG representative said. 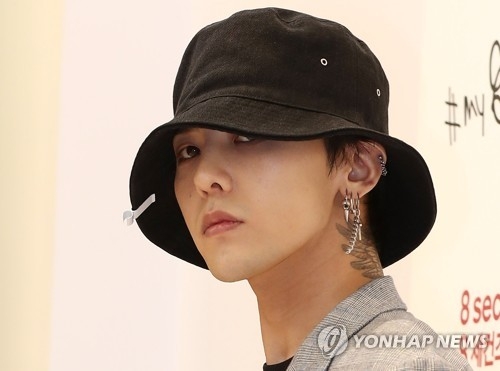