The Ministry of Unification allowed the North Koreans, a father in his 50s and son in his 20s, to stay despite likely protests from Pyongyang.

They are among four fishermen who were rescued from two ships drifting in waters off its east coast last week.

"The government handled the issue on humanitarian grounds and respected their will as we do customarily," the ministry said in a statement. The government is conducting an additional probe into them over details.

The ministry said that South Korea's Coast Guard will hand over the other two fishermen at around 9:00 a.m. Friday, across the de facto maritime border in the East Sea.

It notified North Korea of its repatriation plan earlier in the day, helped by the United Nations Command Military Armistice Commission. Communication channels between the two Koreas have been cut off since early last year amid military tensions.

It marked the first time since July 2015 when three out of the five rescued North Korean fishermen expressed wishes for defection.

North Korea is likely to react angrily to the sailors' defections. Pyongyang previously condemned Seoul for not sending back all rescued sailors, threatening to take stern actions. 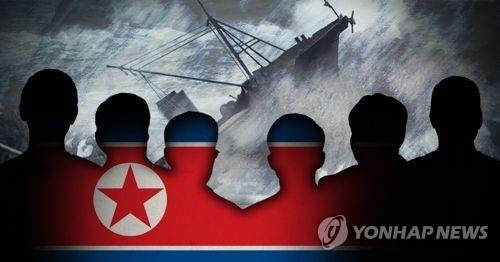