SEOUL, June 9 (Yonhap) -- Three out of four foreigners who visited South Korea last year were on independent tours and not part of package programs, a government survey showed Friday.

According to the 2016 International Visitor Survey released by the Korea Culture & Tourism Institute, 75 percent of foreigners who came to South Korea in 2016 were individual tourists, up slightly from 73.8 percent tallied the previous year. The number includes those who booked their flights and accommodations through travel agencies but traveled independently.

The survey was conducted on 12,003 foreigners aged 15 or older who stayed in South Korea for more than one day and less than a year, it said.

By nationality, 99.4 percent of British tourists and 98.6 percent of tourists from the Middle East came to South Korea on independent tours, instead of package programs, according to the survey.

Chinese, which accounted for 47 percent of all foreigners who came to South Korea last year, showed a higher-than-average preference for package tours, with numbers standing at 37.4 percent, it said.

The government and the local tourism industry have been working to attract more independent tourists as they are free from restrictions linked to package programs.

Independent tourism is particularly attractive in regards to Chinese tourists because they are not affected by actions taken by Beijing following the diplomatic row over the deployment of a U.S. anti-missile defense battery in South Korea. Beijing ordered tour agencies to stop selling package programs for South Korea earlier in the year.

"Following the Chinese authorities' travel ban in the wake of the Terminal High Altitude Area Defense (THAAD) deployment here, we have been focusing on attracting more individual tourists," said an official at the Korea Tourism Organization (KTO). 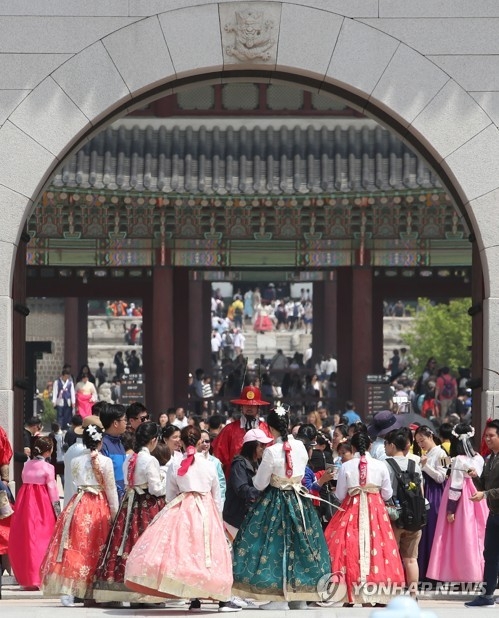 3 in 4 foreign travelers in S. Korea opt for independent tours

3 in 4 foreign travelers in S. Korea opt for independent tours