SEOUL, June 9 (Yonhap) -- The National Assembly on Friday endorsed President Moon Jae-in's pick for deputy prime minister for economic affairs but failed to compromise on his choices for other key posts.

Kim Dong-yeon, who was tapped to double as finance minister, was approved by the parliamentary strategy and finance committee, paving the way for his appointment. 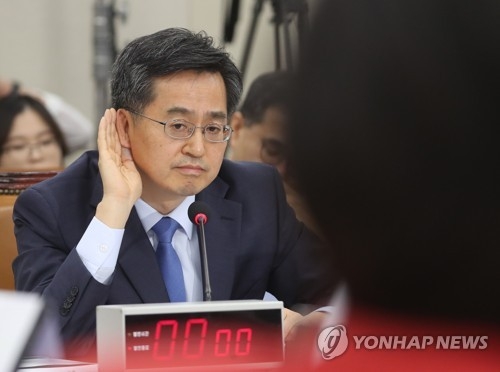 A former civil servant and university president, the 60-year-old nominee went through a mandatory confirmation hearing Wednesday during which he was mainly asked about policy issues.

In adopting a joint report on his hearing, however, Rep. Park Joo-hyun of the minor opposition People's Party said there are still suspicions that he cheated on an eyesight test in 1977 to avoid active service in the military.

She gave her consent on the basis that the new administration needs to quickly stabilize state affairs and the candidate expressed his determination to push for policies that resolve the widening income gap.

Kim's appointment did not require parliamentary consent, but parliament's rejection of the candidate would have cast a political burden on the president.

He is the third person to join the new Cabinet after Prime Minister Lee Nak-yon and National Intelligence Service Director Suh Hoon.

A number of other nominees have yet to win parliamentary approval.

Earlier in the day, rival parties failed to convene a session to adopt a report on the confirmation hearing for Kim Yi-su, nominee for the Constitutional Court chief.

Kim has sparked controversy over his ideological orientation.

The parliamentary committee for political affairs canceled a scheduled plenary session during which it was expected to adopt a hearing report for Kim Sang-jo, nominee for chairman of the Fair Trade Commission.

The economist has been accused of various ethical lapses involving him and his wife.

The relevant committees are expected to meet again next week to finalize their positions on the nominees. 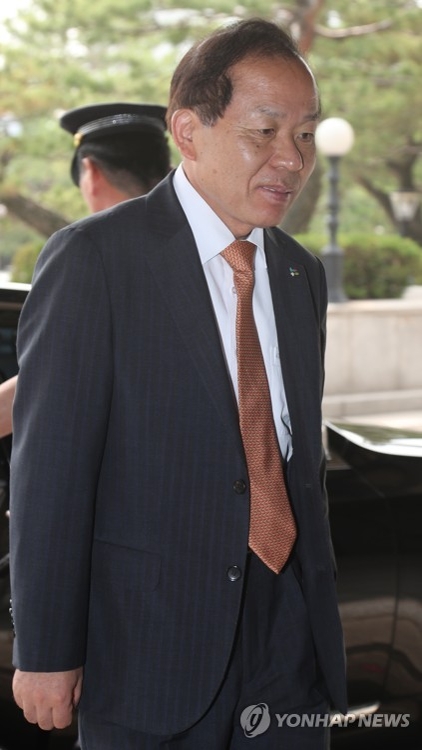