SEOUL, June 9 (Yonhap) -- South Korean pharmaceutical companies are poised to release a series of important drugs in the second half of this year that could change the existing market, industry sources said Friday.

Kolon Life Science's Invossa, a gene drug for osteoarthritis, will receive an approval from the Ministry of Food and Drug Safety later this month at the earliest, according to sources. This would make it the world's first medicine for the degenerative joint disease.

SK Chemicals is also expecting authorities to give the green light to its shingles vaccine in the coming months, the biotech company said.

The new vaccine will break the current monopoly held by MSD Korea, the local unit of U.S. pharmaceutical giant Merck & Co, in the market estimated at some 80 billion won (US$71.35 million) in value.

Green Cross Corp., another leading drugmaker, is also preparing to release its tetanus and diphtheria (Td) vaccine for adults later this year, after receiving an approval from the government in November, the sources said. South Korea currently imports all Td vaccines.

"The research and development capability that has been accumulated over the years by the local pharmaceutical industry is starting to bring about results," said Lee Jae-kook, senior executive at the Korea Pharmaceutical and Bio-Pharma Manufacturers Association. 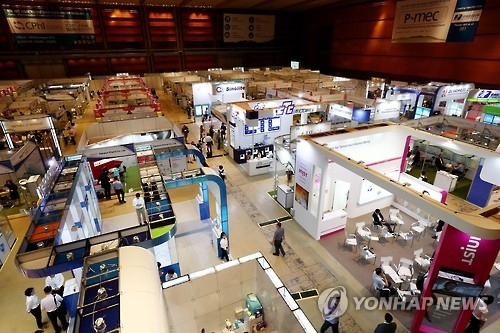