The organizing committee, led by Korea Football Association President Chung Mong-gyu, said Infantino will attend the final between England and Venezuela at Suwon World Cup Stadium in Suwon, some 45 kilometers south of Seoul, on Sunday. This will be Infantino's second trip to South Korea since he became the world football chief in February 2016.

Infantino will be accompanied by other distinguished guests, such as legendary Dutch striker Marco van Basten, who is now technical director at FIFA, and former Argentine star midfielder Pablo Aimar, who previously visited South Korea for the draw ceremony for the U-20 World Cup.

The first U-20 World Cup in South Korea started May 20 in six cities -- Suwon, Jeonju, Daejeon, Cheonan, Incheon and Jeju -- with 24 teams. The final of the biennial men's youth football competition will kick off at 7 p.m. Sunday, after Uruguay and Italy clash in the third-place match at 3:30 p.m. at the same venue.

Hosts South Korea were eliminated in the round of 16 after losing to Portugal 3-1 on May 30. 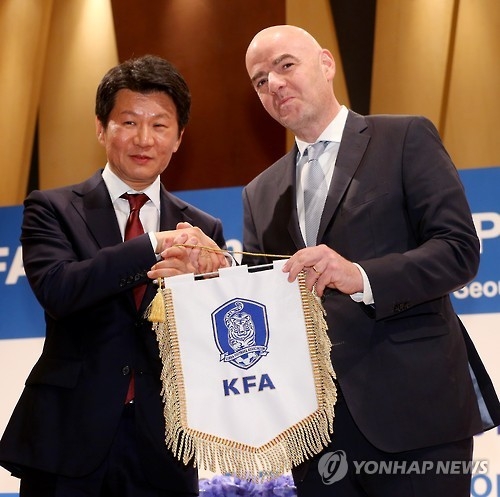