SEOUL, June 9 (Yonhap) -- South Korea's military said Friday it has collected what is believed to be a North Korean drone.

It was found in a mountainous area in Inje, Gangwon Province, close to the eastern border between the two Koreas, by a local resident, according to the Joint Chiefs of Staff (JCS).

Citing on-site investigation into the object, the JCS said its "size and shape" are similar to a small North Korean drone that crashed into Baengnyeong Island just south of the western sea border in March 2014.

It looks like a minature plane and is equipped with a camera.

"It is expected to take about 10 days to get the results of an analysis" by related authorities here, given the previous case, he added. 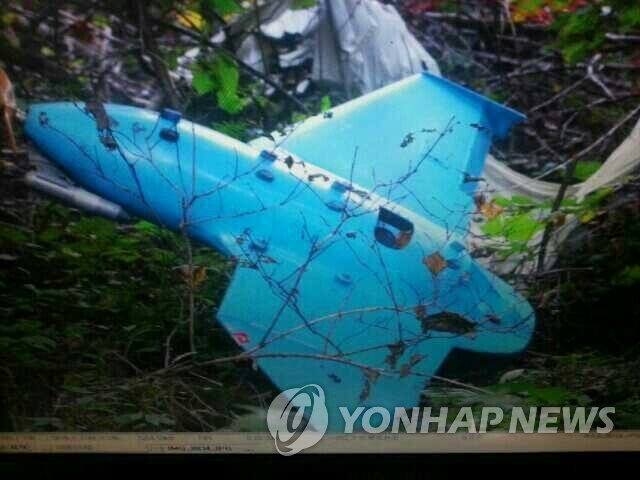