Cho was shown a red card for his from-behind sliding tackle of Shinzo Koroki in the 81st minute, while Baek, who was an unused substitute, rushed off the bench and elbowed Urawa captain Yuki Abe at the end of extra time. After the match ended in a 3-0 win for Urawa -- a result that gave the Japanese side a quarterfinal spot with a 3-2 aggregate -- Jeju players got into a brawl with some even seen chasing Urawa players off the pitch.

Urawa then filed a complaint to the AFC about Jeju's violent actions, and the Asian football governing body meted out its punishment accordingly.

Jeju said the penalties they received are too severe and will challenge the AFC decision.

"Urawa first made a gesture to taunt us, and caused a brawl," a Jeju official said. "We're perplexed that the AFC ordered heavy punishments for us."

Jeju said they submitted an explanatory document to the AFC on Thursday. The club claimed that compared to previous cases their punishments are too harsh and unusual.

At the 2015 ACL, Al-Nassr's Fabian Estoyanoff attacked Lehkwiya's South Korean midfielder Nam Tae-hee from behind and threw punches in the tunnel after the match, but received only a six-match suspension.

If confirmed, three Jeju players subject to suspension will not be able to compete in official domestic, continental and international football matches, including the K League contests at home.

Jeju are currently second in the 12-team K League Classic. They finished third last year in the first division. 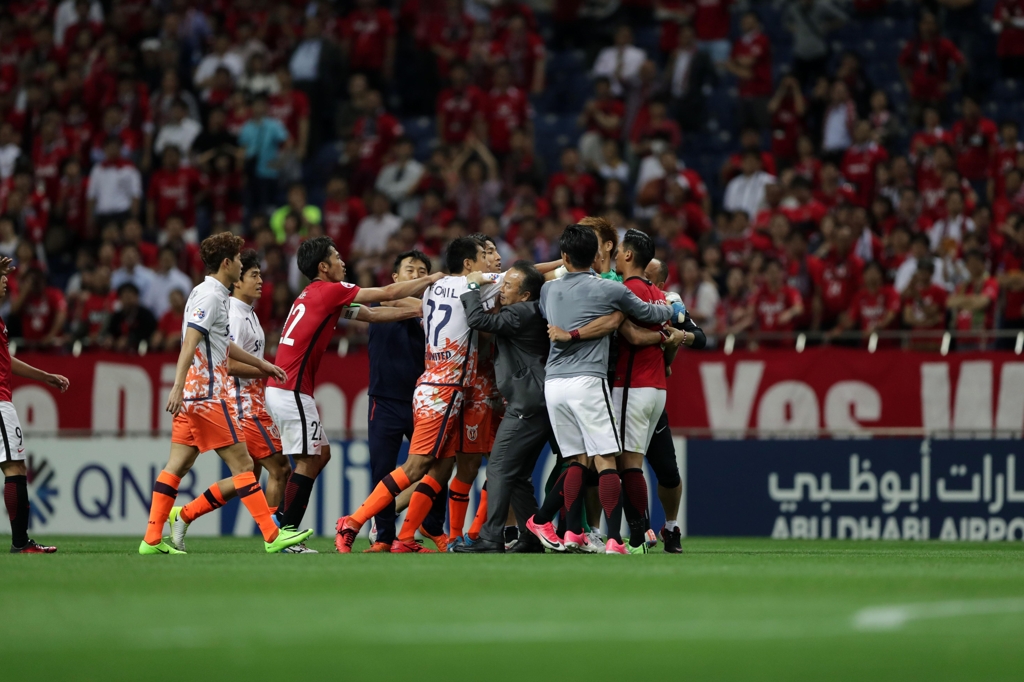