SEOUL, June 9 (Yonhap) -- French carmaker Renault S.A. is aiming to sell up to 5,000 units of its small Clio hatchback in South Korea this year after its launch in September, the local head of Renault Samsung Motors Corp. said Friday.

Renault Samsung, an 80-percent-owned unit of Renault, originally planned to place the small hatchback in the domestic market in August but the launch date was delayed by a month due to difficulties in securing the vehicles.

"The Clio is among the best-selling cars in Europe. At stake is to secure a certain number of the vehicles for sales here. The model is in the process to satisfy local regulations," Renault Samsung CEO Park Dong-hoon said in a lunch meeting with reporters. 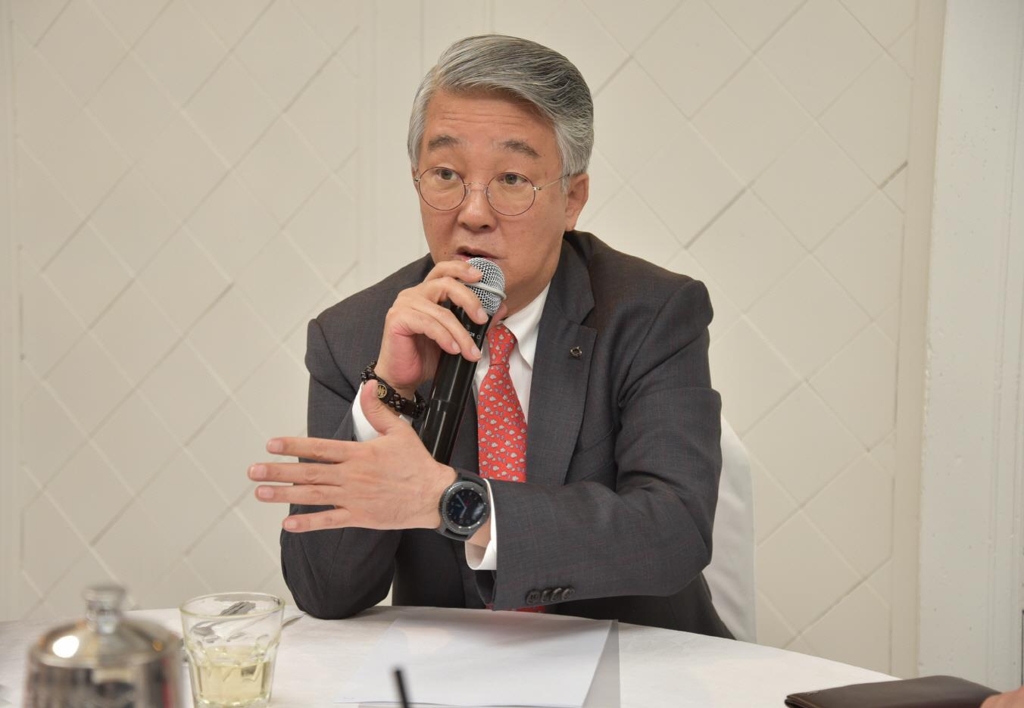 He expected the sale of the Clio hatchback to reach between 4,000 to 5,000 units this year, absorbing "pent-up" demand for small and fuel-efficient vehicles.

The Korean market has been dominated by mid- and large-size vehicles but recent robust sales of the QM3 compact SUV indicate that the demand for "practical" small vehicles is on the rise, Park said.

Many Koreans still prefer midsize or bigger cars as they equate the size and price of a car with social status. But there have been few "right models" to attract customers in the subcompact or smaller vehicle segment, he said.

The Clio hatchback will be shipped to the Korean market after being manufactured in Renault's factories in Europe due to cost reasons.

It is expected to carry a price tag of less than 30 million won (US$26,400) in the domestic market to woo customers.

In the January-May period, Renault Samsung sold 109,080 vehicles, up 8.3 percent from 100,677 a year earlier mainly due to the popularity of its QM3 crossover SUV and SM6 midsize sedan.

Renault aims to sell up to 5,000 Clios in S. Korea this year

Renault aims to sell up to 5,000 Clios in S. Korea this year