Roh Tae-kang, a former official from the Ministry of Culture, Sports and Tourism, has not only been reinstated but appointed to serve as the second vice minister of the ministry, according to the presidential office Cheong Wa Dae. 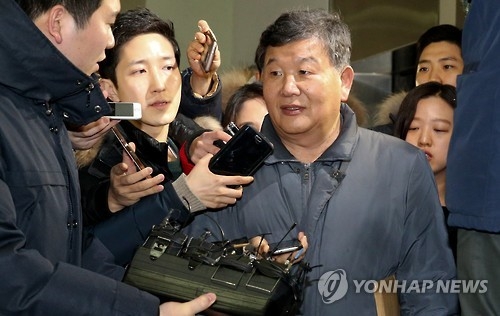 Roh, a career bureaucrat, was forced to leave the ministry after the former president called him a "bad person," apparently for his report that had raised problems concerning unwarranted favors and privileges afforded to the daughter of Park's longtime friend Choi Soon-sil in local equestrian competitions, which later allowed her to represent the country in global competitions.

A medal from a global competition was what later enabled the daughter's admission to a prestigious girls' college in Seoul, which still required additional influence-peddling activities by her mother, Choi, who is now in jail for allegations of meddling in state affairs.

The three new vice ministers included Kim Yong-jin, also a career bureaucrat from the finance ministry, who was appointed the second vice minister of finance.

Son Byeong-seok from the Ministry of Land, Infrastructure and Transport has been promoted to the first vice minister of the ministry.

They included Kim Oe-sook, the new head of the Ministry of Government Legislation, whose official title is a minister but is considered vice ministerial-level, Cheong Wa Dae said in a press release.