INCHEON, June 9 (Yonhap) -- A local court issued an arrest warrant on Friday for a daughter of a late businessman who controlled the operator of a sunken ferry that killed hundreds of passengers in 2014.

The Incheon District Court issued the warrant for Yoo Sum-na, the daughter of Yoo Byung-eun, the de facto owner of Cheonghaejin Marine Co., in light of risks that she "might flee or destroy evidence."

She was arrested on charges of embezzling 4.6 billion won (US$4.09 million) from Cheonghaejin, the operator of Sewol.

The 51-year-old, who was extradited from France earlier this week, is said to deny the charges levied against her, claiming that the money her design company had received from her father's company was "fair compensation for consulting services."

She ran the company from June 2011 till December 2013 with a woman surnamed Ha who was close to her father. She is suspected to have coerced Cheonghaejin to pay her 2.5 billion won under the pretense of providing design consulting.

In another case, she is also accused of making another company of hers pay 2.1 billion won to a company founded by her brother without a justifiable reason.

The prosecutors are expected to indict her soon for embezzlement, and will continue to investigate her on other charges including tax evasion. 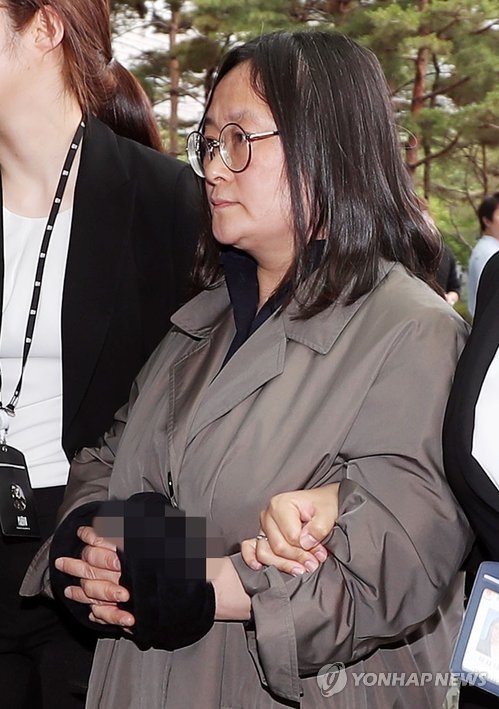