Like the first teaser made public on June 5 through its official fan page, the last one was also made in Korean and Chinese.

The title song, produced by Brave Brothers, has an addictive melody and chorus.

The group, also popular in China, will return to the K-pop scene with a media showcase on June 14. 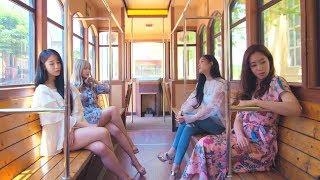 MV teaser for 'What's My Name' by T-ara released

MV teaser for 'What's My Name' by T-ara released