(ATTN: UPDATES throughout with under secretary's trip; CHANGES headline)

WASHINGTON, June 9 (Yonhap) -- U.S. Under Secretary of State Thomas Shannon will visit South Korea next week for talks on the alliance between the two countries, North Korea and other issues, the State Department announced Friday.

Shannon will be in Seoul from Tuesday to Thursday to "meet with senior Korean officials to discuss the U.S.-Korea Alliance and our shared global priorities, including our coordinated responses to the threat posed by the DPRK," the department said in a release.

He will also visit the Korean War Memorial and the headquarters of U.S. Forces Korea, it said.

The trip comes as the two countries are preparing for a summit between South Korean President Moon Jae-in and U.S. President Donald Trump, set for later this month in Washington.

Shannon's discussions could also include the deployment of the U.S. THAAD missile defense system in South Korea as the trip comes after Seoul decided to suspend the deployment of an additional four THAAD launchers until an environmental assessment is completed.

Before Seoul, Shannon will visit Tokyo from Monday to Tuesday, the department said. 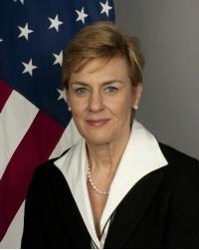 Shannon's visit to Seoul coincides with a trip by another senior State Department official.

Acting Assistant Secretary for Arms Control, Verification and Compliance Anita Friedt will travel to Seoul and Tokyo from Monday to Friday for meetings and events focused on U.S. nuclear policy and extended deterrence, the department announced earlier in the day.

It did not elaborate on the topics.

But her discussions in Seoul could include the THAAD deployment missile defense system as she is the main State Department official handling the issue. 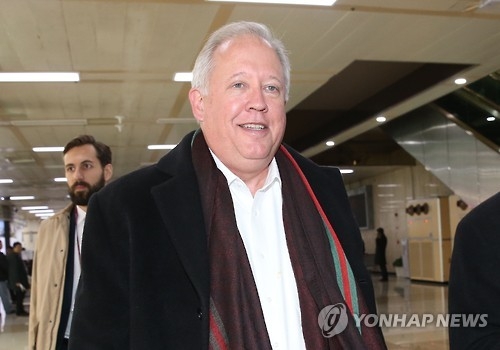