WASHINGTON, June 9 (Yonhap) -- The United States and South Korea should make sure to build missile defenses effective enough to guard against an electromagnetic pulse attack from North Korea, a U.S. expert said Friday.

Henry Cooper, a missile expert who served in senior defense positions in the Reagan and George H.W. Bush administrations, made the case in an op-ed piece in the Wall Street Journal, saying it is easy for the North to launch an EMP attack, but its effects would be catastrophic.

"If Mr. Kim were to detonate one of these bombs in the atmosphere 40 miles above Seoul, it could inflict catastrophic damage on South Korea's electric power grid, leading to a prolonged blackout that could have deadly consequences," Cooper said.

"An electromagnetic pulse attack on South Korea could play havoc with America's ability to mount an effective response to North Korean aggression. One hopes the troops manning the two already-deployed batteries of the THAAD ballistic-missile defense system are prepared for such a scenario," he said.

He also cited Peter Vincent Pry, staff director of the congressional EMP commission, as saying that a recent North Korean medium-range missile test that was widely reported to have exploded midflight could in fact have been deliberately detonated at an altitude of 40 miles.

"Detonation at that altitude of a nuclear warhead with a yield of 10 to 20 kilotons — similar to those tested by North Korea — would produce major EMP effects and inflict catastrophic damage to unhardened electronics across hundreds of miles of surface territory," Cooper said.

The North could think of an EMP attack as a more appealing first-strike strategy than a direct, missile-delivered nuclear strike because accuracy does not matter in an EMP attack and a reliable missile re-entry vehicle is not necessary, he said.

"The U.S. and South Korea should ensure their ballistic-missile defenses are effective and harden their electric power grids against EMP effects as soon as possible. The day of reckoning could come sooner than anyone in either country thinks," Cooper said. 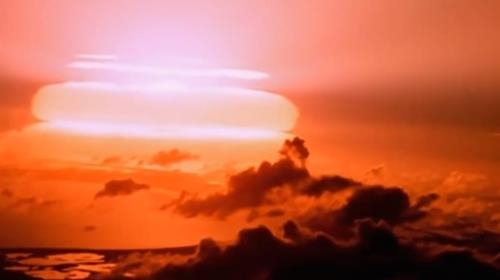