SEOUL, June 10 (Yonhap) -- North Korea's official newspaper claimed Saturday that a test-firing of an intercontinental ballistic missile is not far away.

"The series of recent strategic weapons tests show that we are not too far away from test-firing an intercontinental ballistic missile," the Rodong Sinmun said in an editorial.

The claim indicates the regime has continued to advance its missile technology since its leader Kim Jong-un said during his annual address on Jan. 1 that the regime was in the final stage of developing ICBM technology.

"The great success of test-firing an intercontinental ballistic missile, which we are sure to achieve, will mark a historic watershed moment in the failure of the U.S. hostile policy against us," the editorial in the ruling Workers' Party's mouthpiece read. "Historically speaking, the U.S. has never dared to go to war with a country that possesses nuclear weapons or ICBMs."

It also warned that it has the technology to strike the U.S. mainland with a nuclear-tipped missile. 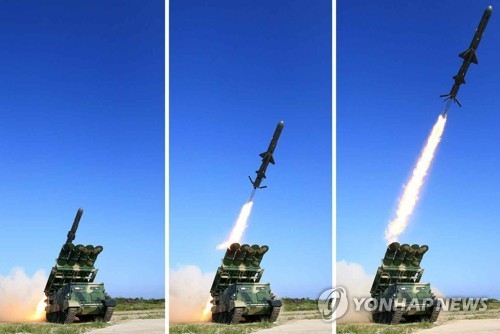 N. Korea will test-fire ICBM in not too distant future: party's official newspaper

N. Korea will test-fire ICBM in not too distant future: party's official newspaper