SEOUL, June 10 (Yonhap) -- An appellate court said Saturday that military orders delivered via social media are also binding, and any disobedient soldiers and military employees should be disciplined.

The Cheongju branch of the Daejeon High Court, reversing a district court's earlier ruling, said that it is necessary to take disciplinary action against a regional reserve forces unit instructor for disobeying a mobile messenger order from his immediate division commander. 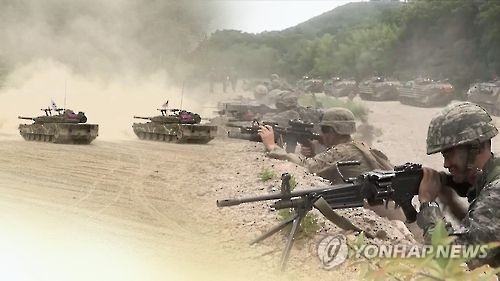 The court said in its ruling, "Military organizations carrying out national security and defense obligations are maintained by a strict hierarchy based on a class system, so disobedience of orders can pose a grave threat to the military's existence itself and thus have to be sternly punished."

The unidentified instructor started the litigation in 2015 after he was demoted for failing to carry out an order given by the commander of an Army division responsible for the regional reserve forces unit via the Kakao Talk mobile messenger.

In the smartphone message, the division commander ordered the instructor to double as a safety controller in the Ulchi-Freedom Guardian drill, a combined military exercise between South Korea and the United States, in August 2015.

But the instructor refused to follow the order, saying a military order delivered through Kakao Talk, instead of a document, ran afoul of laws and due procedures.

Kakao Talk, a multi-platform texting app that allows smartphone users to send and receive messages for free, is the country's most popular mobile messenger with 38 million users out of a 51 million population. 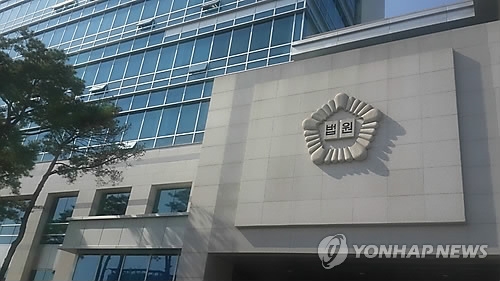 He also contended that the Army should pay more attention to improving the welfare of reserve forces commanders, mostly retired Army officers, instead of indiscriminately issuing orders to them.

The Army referred the instructor to its disciplinary committee and degraded him to a lower rank, after the military prosecution cleared him of any criminal charges.

A district court in Cheongju, about 120 kilometers south of Seoul, ruled in favor of the instructor, saying demotion is too cruel a punishment particularly because the defendant had faithfully served as the military's civilian employee for over 17 years.

But the high court gave a different verdict, noting that severe punitive measures, like demotion, can be justified in light of the need to maintain military discipline.

The instructor vowed to take his case to the Supreme Court.