The court handed down the hefty punishment to the former head of the Ministry of Defense's Defense Installations Agency, identified only as a 64-year-old Kim, after convicting him of pocketing 80 million won (US$71,000) in bribes from a special door manufacturer in return for helping it be chosen as a subcontractor in two separate military construction projects in 2010. 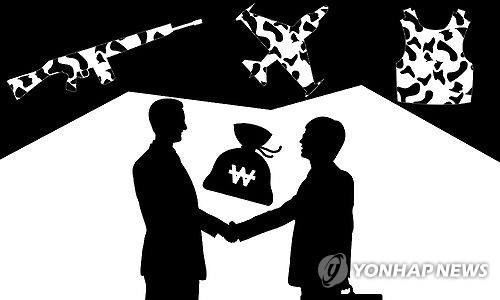 He was paid the bribes on two occasions after retirement, according to the court document.