SEOUL, June 10 (Yonhap) -- Princess Astrid of Belgium arrived in South Korea on Saturday along with an economic mission to promote business ties between the two countries, according to the foreign ministry.

She also plans to visit the Demilitarized Zone bisecting the two Koreas, as well as having meetings with the mayors of Seoul and Busan, South Korea's two biggest cities, and Korean small businesses, the ministry said in a statement.

The 258-member Belgium economic mission is planning to sign 16 initial contracts with Korean companies in the fields of ports, biotechnology, foods and beverages, it said.

It is the first time for a Belgium economic mission to visit the country since its last visit in 2009.

Princess Astrid and the economic mission will return to Belgium next Saturday. 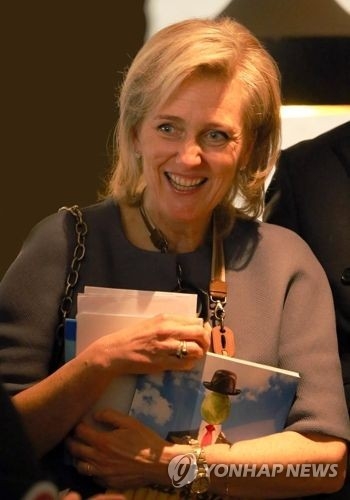