While meeting with reporters at Gimpo Airport, Toshihiro Nikai, secretary-general of the ruling Liberal Democratic Party, said, "I will cooperate with everyone to try my best to do my job as a special envoy."

Known for his long-term involvement in private exchanges between the two countries, Nikai came with a delegation of 360 people, including the country's tourism industry officials.

On Monday, he is scheduled to meet South Korean President Moon Jae-in to deliver Abe's letter and discuss ways to enhance mutual understanding and build better ties between the two neighbors.

Among the agenda is the discussion on a possible summit between the two leaders during the Group of 20 Summit slated to take place in Germany's Hamburg in early July.

Whether the two will talk about diplomatically thorny issues, including the so-called comfort women, who were forced to work in Japanese military brothels during World War II, remains unknown. 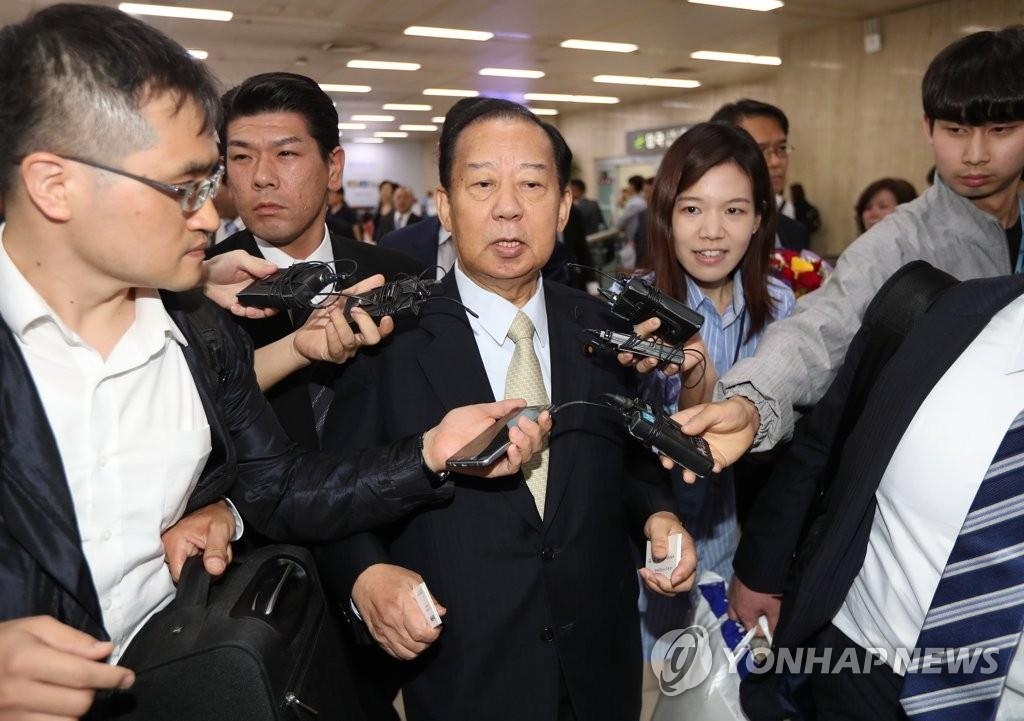